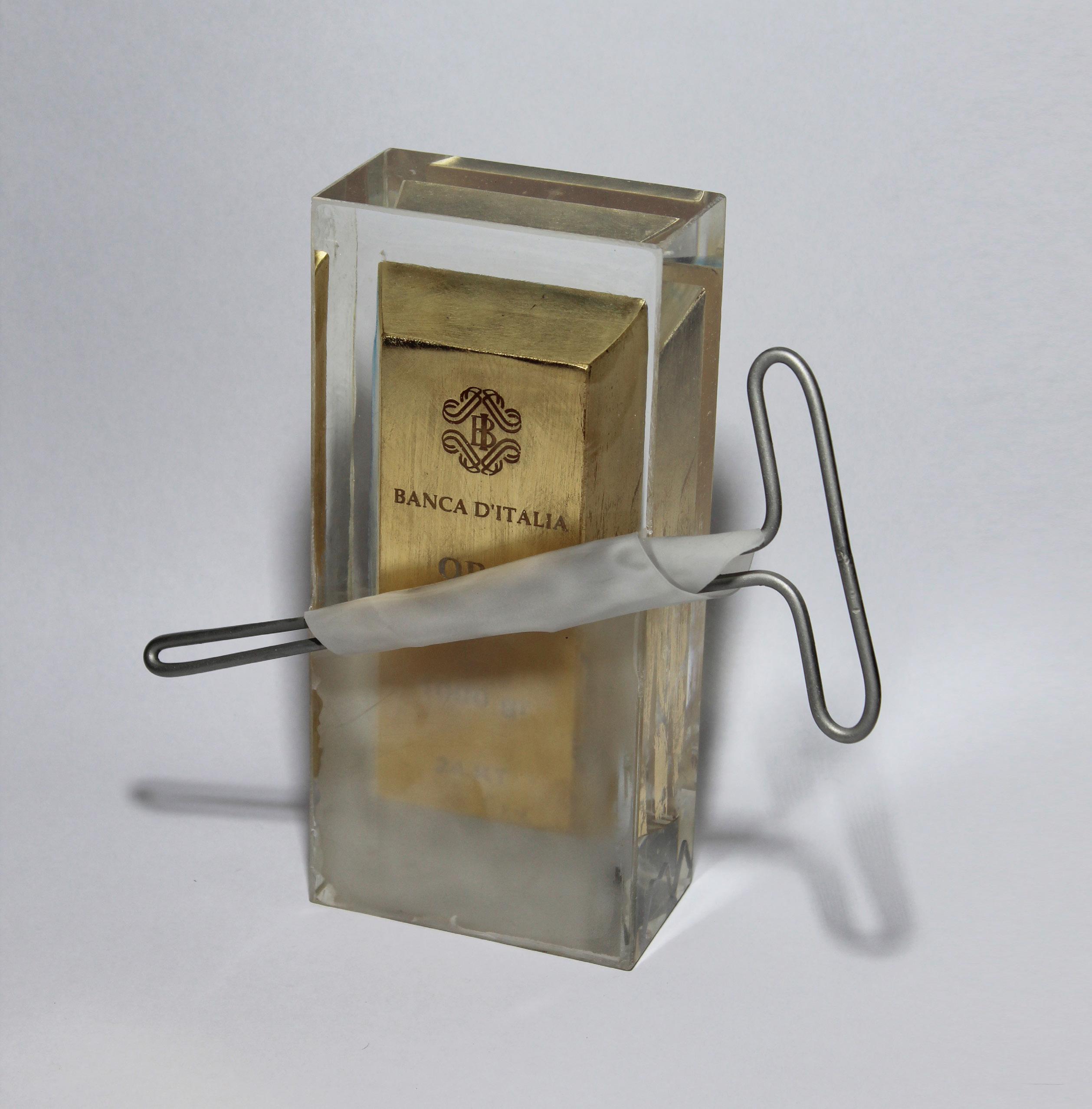 On Saturday 8 October 2022, at Villa Burba di Rho (Corso Europa, 291), in the splendid context of the “Sala delle Colonne” and the adjacent “Sala del Filatoio”, will be inaugurated the exhibition by the artist Mauro Vettore “Strenght and Fragility”. 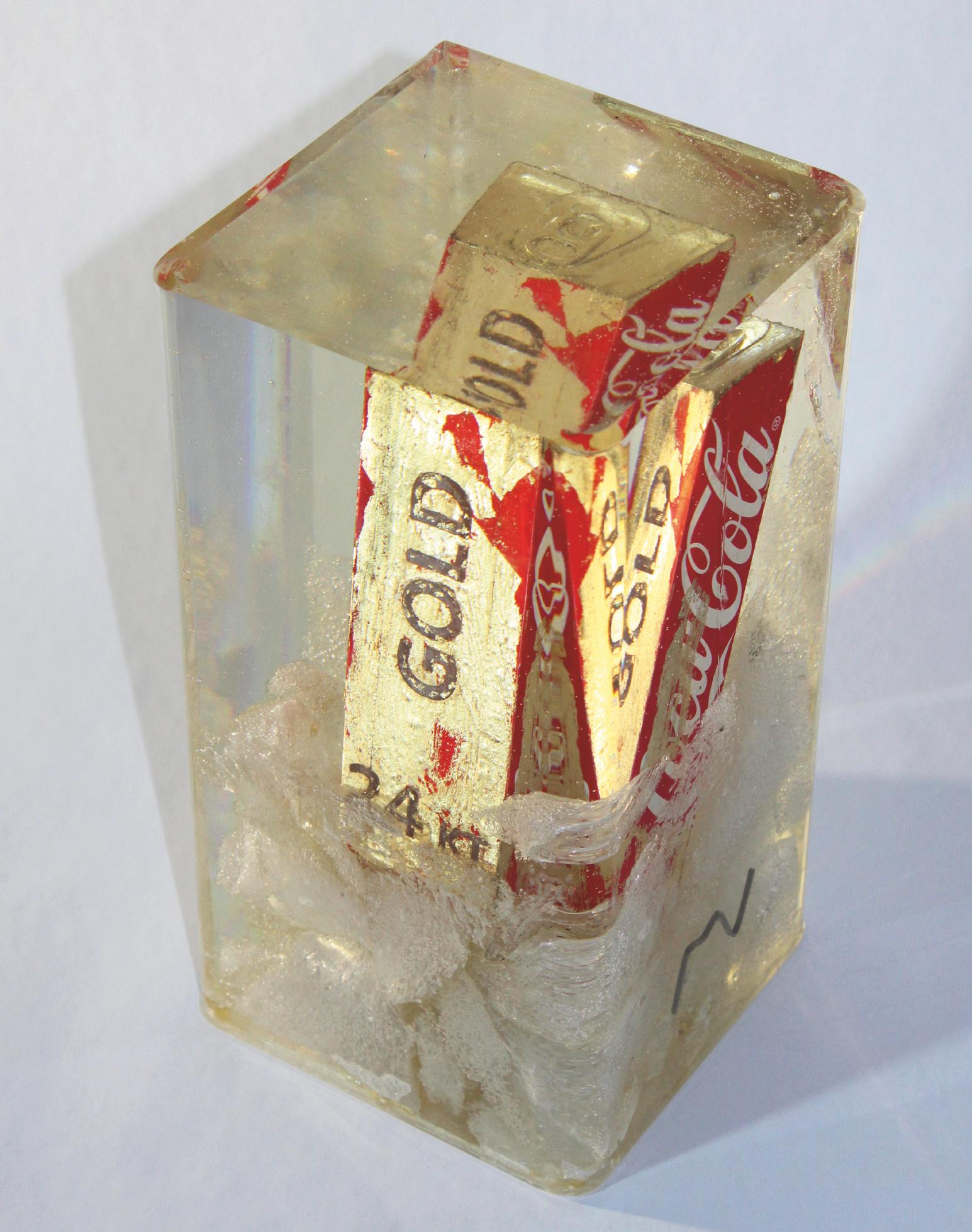 Organized by the cultural association “GPC Arte” in collaboration with the “Department of Culture” of the Municipality of Rho, with the curatorship of Cristina Palmieri and the sponsorship of WopArt FAIR Lugano and ArtsLife, the exhibition aims to present the path of a artist who in his research has tried to sweep away the traditional boundaries between artistic and non-artistic, between aesthetic and extra-aesthetic, in order to lead the public towards the discovery of a further sense of things, expressing the compelling power of shaping ex novo and highlighting the unexpected and surprising power of the banal object. 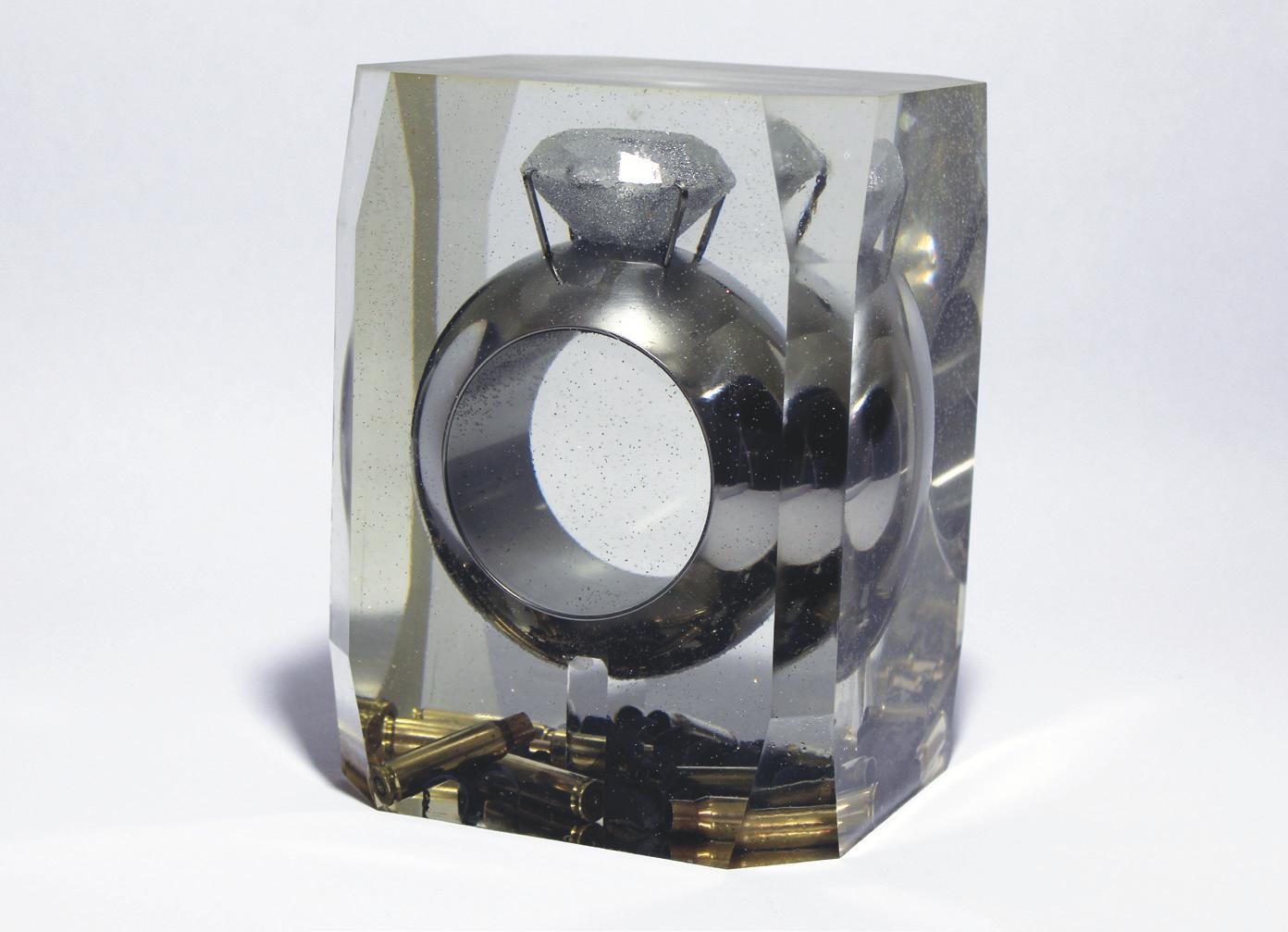 His practice – on the basis of the experiences that come from Picasso to the Nouveaux Realistes, passing through the dada, conceptual, new dada experiences, up to those of Pop matrix, inserting himself in the by now historical tradition of the “poetics of the object and recovery” – it insinuates itself in the context of the conceptual investigation, which then takes concrete form in precise procedural choices, but never secondary to the idea. 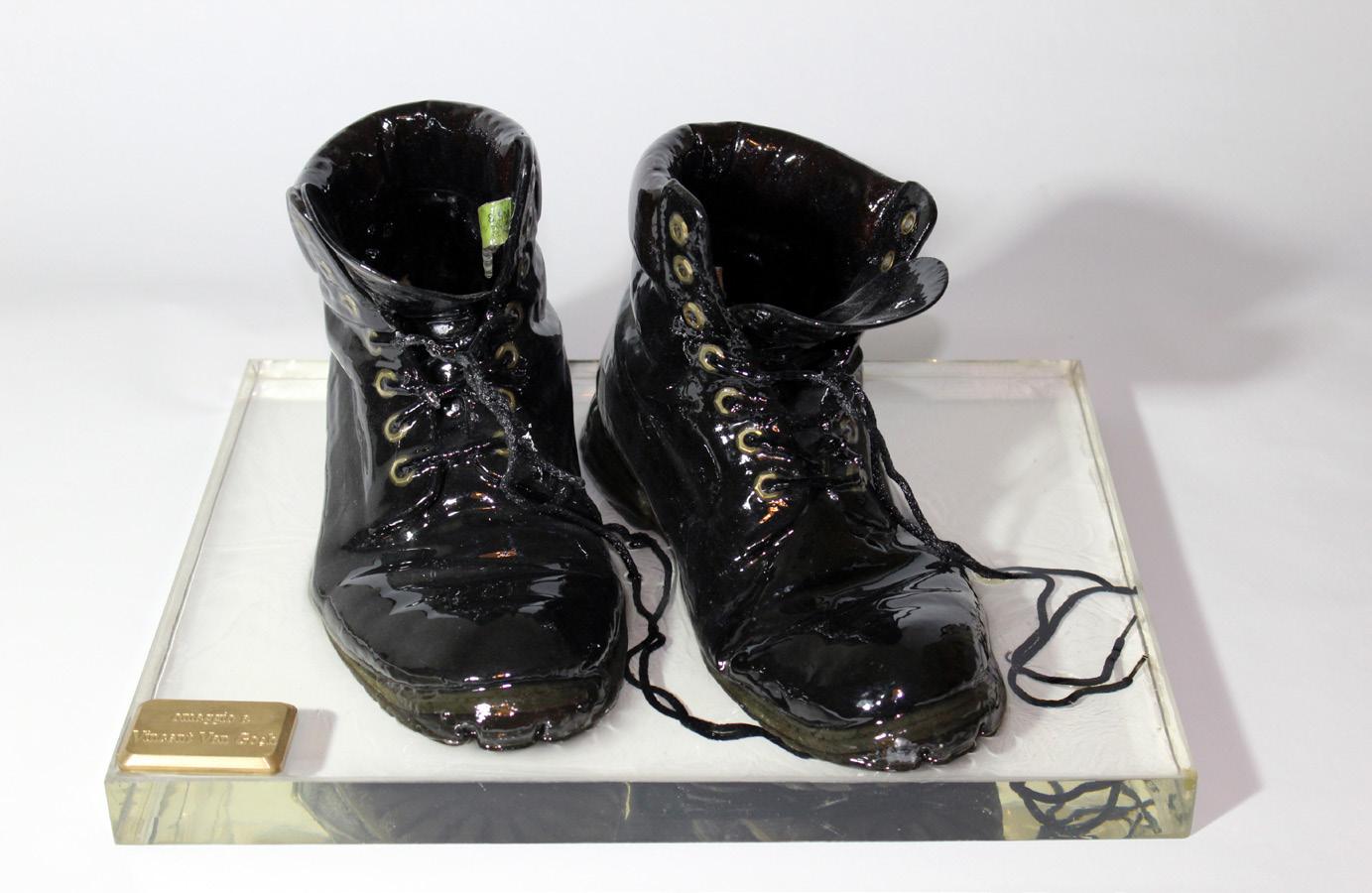 As Cristina Palmieri explains, Vettore appropriates various objects, mostly recycled, to give life to works in which they rise to new semantic meanings. This allowed him to find a precise place in that context of the “poetics of waste” which makes explicit reference to the functions and principles of industrialized society and consumerism.

A context in which certain values ​​- such as money, consumption, time – seem to have been subverted. Man has not taken possession of them, but has let himself be possessed, to the point of being completely at the mercy of a compulsion that induces us to consume everything quickly, to throw and eliminate – considering it waste or waste – that which no longer has a precise functionality and usability, according to a utilitarian vision that accelerates the inevitable decline to which everything is destined.

With this attitude, the first woods and, later on, the assemblages of Vector are born, which takes what should be relegated to the void of oblivion from the shadow area to which our society often allocates what is already “consumed ”, Makes it reborn to a new life, through a process of juxtaposition, accumulation and composition. 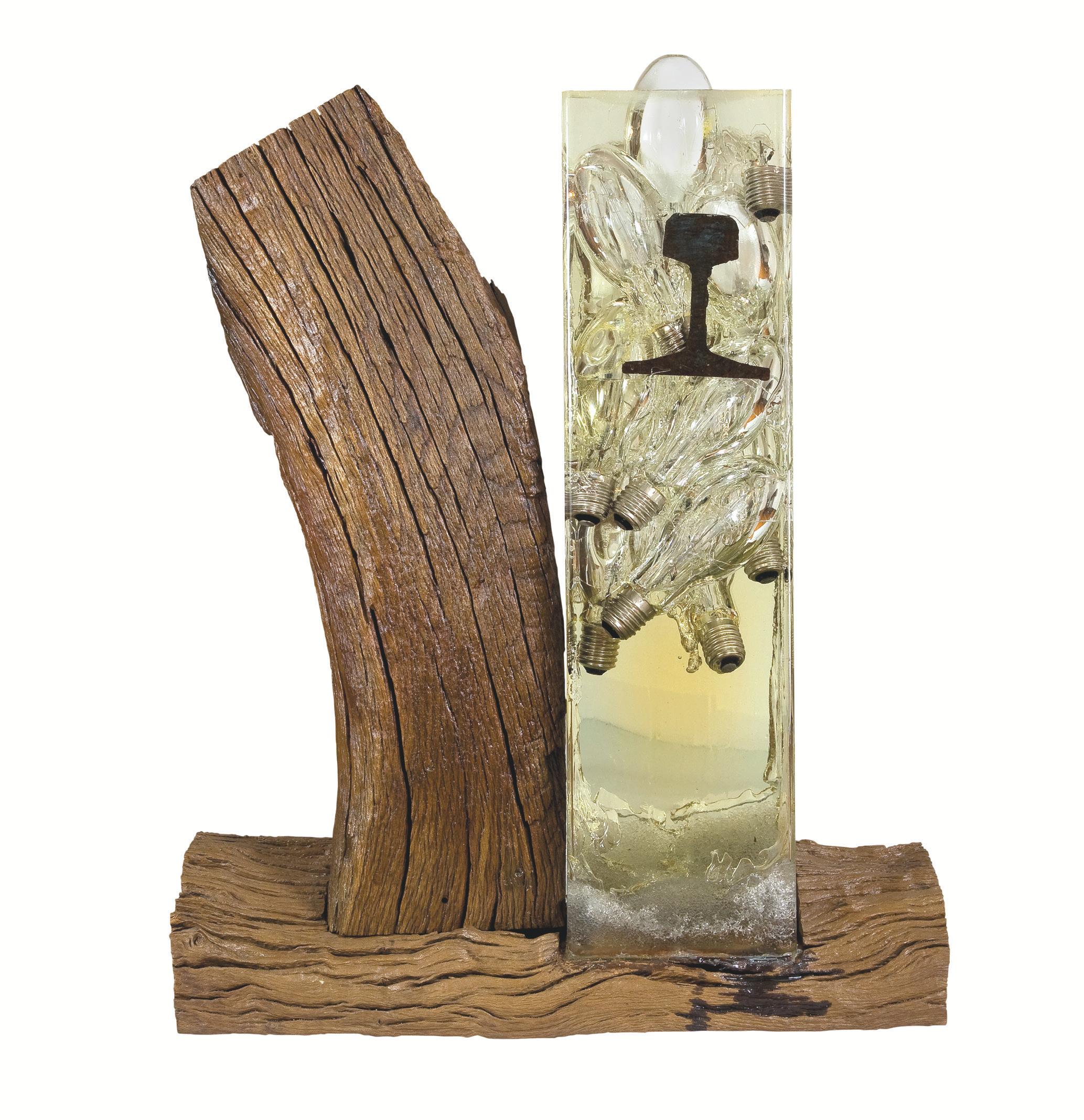 Using over the years mostly wood scraps (olive trees and railway track sleepers), rusty and time-worn ferrous materials (such as the most recent bolts), light bulbs, incorporated and assembled in resin castings, he creates sculptures and works that represent the symbol of an ideational attitude capable of introducing suggestion even in the most ordinary, usual objects.

Fundamental is the reflection he makes on the world, on our time. His creations take on a rich symbolic value. The recovery of waste and its use in the artistic field may appear to be a game, but in this game there is a continuous fluctuation between the object, the form itself and its destiny of planned abandonment.

The artist shifts the aura of the work towards his audience, forcing him – just as conceptual art has shown – to a complexity of levels of reading, provoking him, forcing him to reflect and starting from that sense of indifference towards things which now inhabits all of us. He leads us to ask ourselves questions that push us to proceed beyond appearance, to grasp the countless distortions of a world in which every reality runs out quickly; emotions, relationships, life itself, with which many play without any sense of respect and responsibility. Even the physical law is challenged by optical illusion, in the sculptures of Vector.

Just as the solidity of wood, emblem of the strength of nature, contrasts with human creation, the fragility of our ideas and our presumptuous sense of omnipotence. As the title of a work and of this exhibition underlines, we live in the continuous oscillation between these two opposite poles, often without realizing how much – as Leopardi recalls in his latest poem, “La ginestra” – man, despite his boldness which derives from his positivistic confidence in progress, is in reality at the mercy of an intrinsic destiny of fragility that renders him powerless in the face of nature and what transcends him.

The ingots, to which Carrier has dedicated itself over the last few years, deserve a special mention. Constructed with layers of plexiglass, up to form the parallelepiped then embellished with gold or silver leaf and the engraving that make it absolutely realistic, they are in turn included in the resin. Each with its own precise reference to recent and current history, should be interpreted as metaphors through which he denounces the now prevailing power of high finance and banks, of those Chinese box systems that lead back to tax havens, to the status symbols of power and wealth.

The feeling of the tragic is often the vibrant emotion of every true work. Just as life is always in relation with death, with the circularity of opposites. Carrier, through his art, however, tells of a double possibility. His assemblages invite us not to close our eyes in the face of the drama of certain realities, of the fragility of the human and of the non-sense of existence. But they also deliver the message of the importance of maintaining an ironic gaze towards the world, teaching us to play even with what seems definitively destined for nothing. 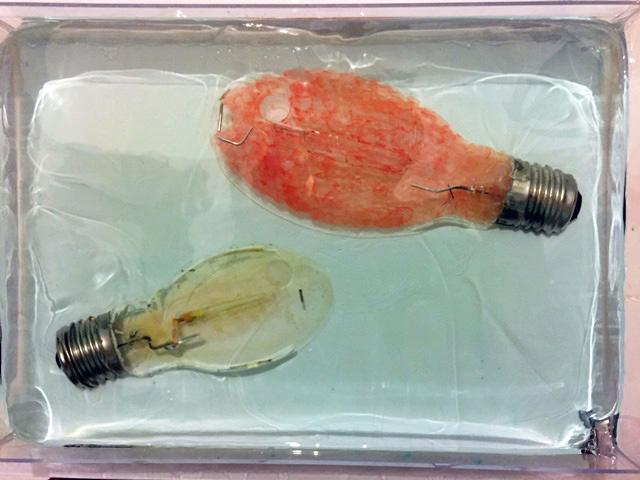 To survive nihilism, he characterized his language by trying to bring out objects that tell the world and daily life through a fantastic invention, capable of overcoming anxiety through divertissement. Not looking for an escape from reality, but offering unusual perspectives on what surrounds us.

In the catalog, in addition to the presentation by Cristina Palmieri, there are writings by Paolo Manazza, a journalist expert in the economics of art, and by Robert Phillips, curator, as well as consultant for private collections.

The exhibition will be open from Saturday 8 October to Sunday 23 October, on the following days and times: