Ralph Lauren has captured our attention for years with memorable events in his New York City: from the stunning 50th anniversary show celebrated in Central Park, to the Coffee Society show, to the posh Supper Club erected near Wall Street, or in the setting of Moma after the pandemic period.

His creative machine landed at the Huntington Library in San Marino, Southern California, a cultural institute founded by Henry E. Huntington, a member of an influential family of industrialists active in the real estate and railway sectors. The Hunington Library includes a museum with a large collection of maps and manuscripts and an art collection of English paintings, as well as a vast botanical garden full of cacti and Zen gardens.

The show featured a wheat-colored suit worn with a large oversized cowboy hat, a western belt and stylish jewelry, for a rough urban mood that characterized the entire collection, both for men and women. 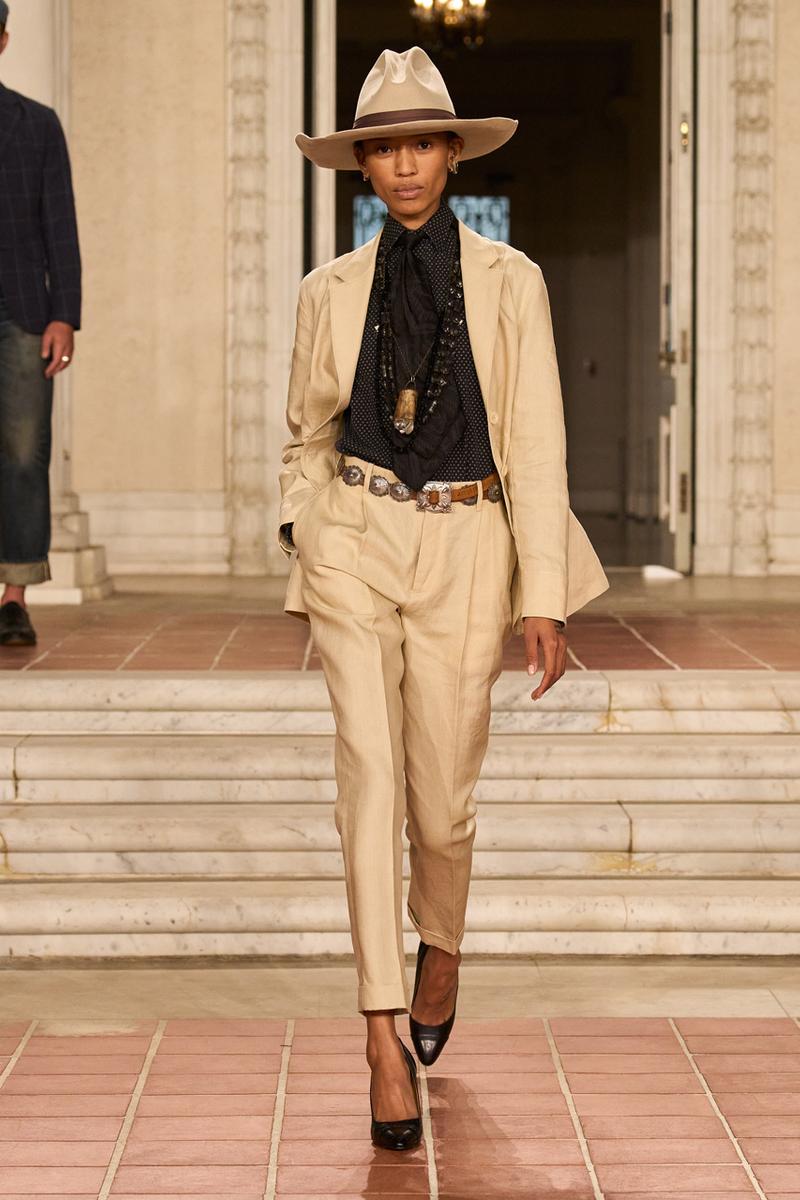 This was followed by bias-cut prairie dresses with floral motifs paired with cowboy boots, while the men wore denim outfits that recalled the characters of John Steinbeck’s The Grapes of Wrath, or the frontier men of classic westerns by Hollywood. 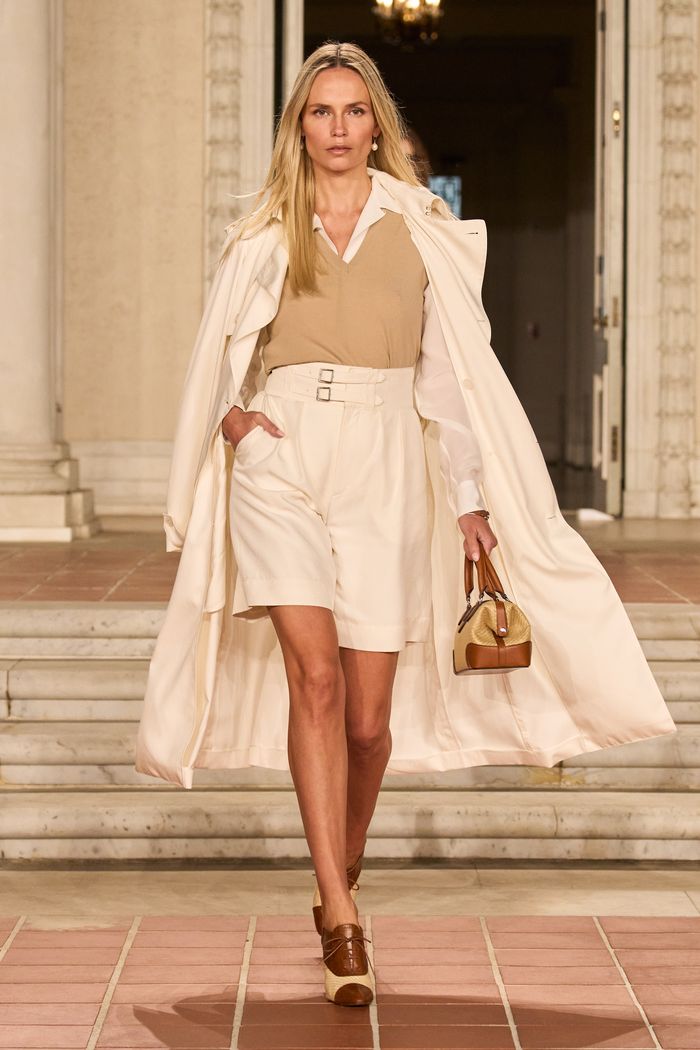 Later the show went through other modalities, from a casual and elegant style with airy pleated trousers to tennis shorts paired with a turtleneck in shades of beige, with a foray into the eclectic style typical of Generation Z, interpreted by the patchwork of madras mixed with sartorial elements and sportswear open to contamination, such as in the polo shirt worn over the ball gown or in the sweaters paired with nylon skirts down to the floor.