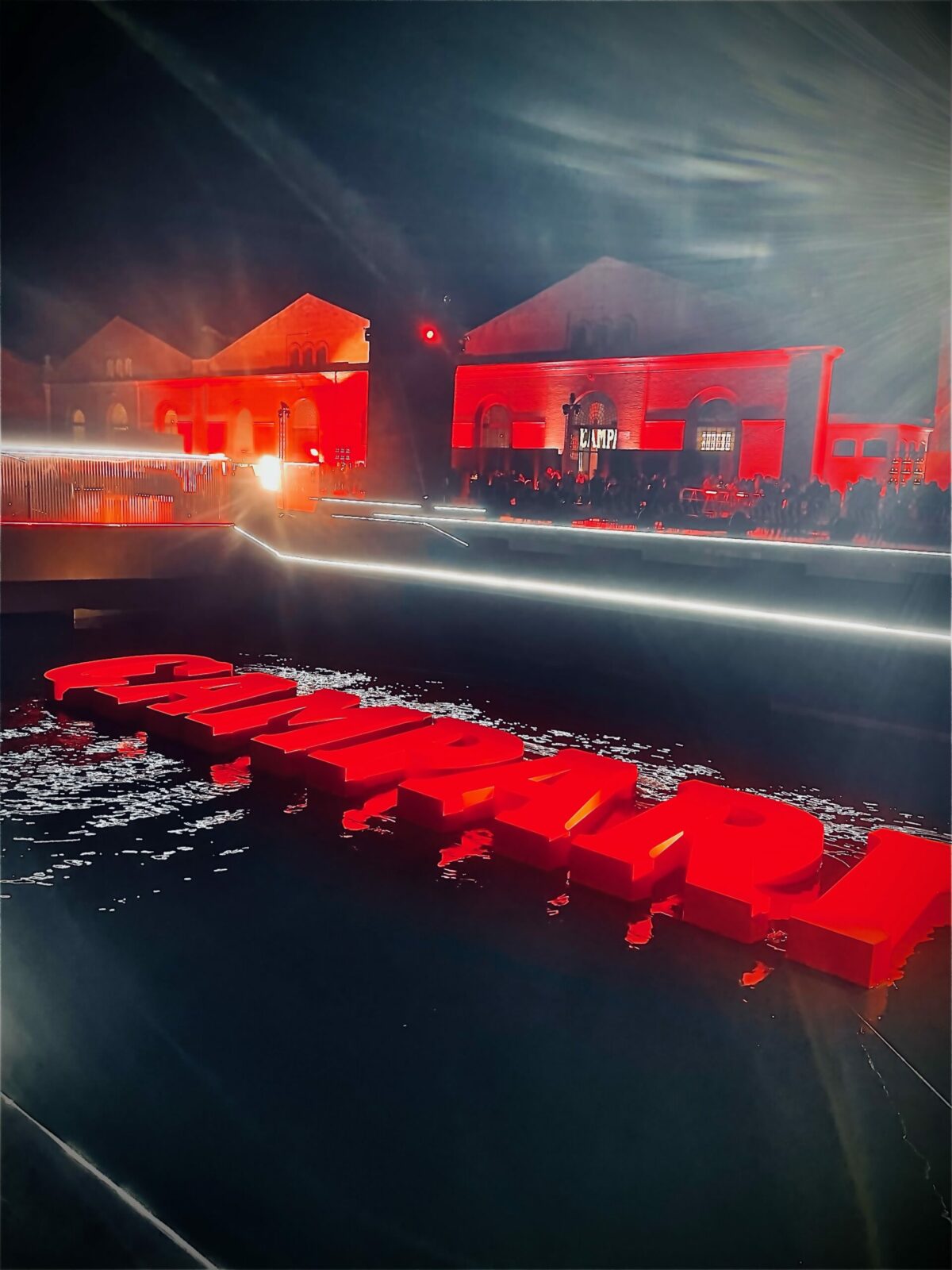 For five years, Campari has been the main sponsor of the Venice International Film Festival.

Passion and creativity are the concept behind his presence at the kermesse, during which Campari organizes a series of initiatives to promote dialogue between talents on the big screen, whether they are established or emerging.

So on 8 September Christian Gaston Illan and his partner Maria Giulia Linfante were guests at the Campari Boat in Cinema on the occasion of the Venice Film Festival 79. A unique experience at the Arsenale, transforming the heart of the lagoon into a cinema on the water. A perfect alchemy that combines passion, creativity and imagination.

Since its founding in 1860, Campari has pushed the boundaries of conventional creativity, fueling the passion and talent of artists in every field. The relationship between Campari and Cinema has left its mark over the years, and he continues to do so today.

From Fellini to Sorrentino, from international giants to emerging young talents, to film festivals around the world, the world of cinema has always been able to express Campari’s Red Passion through a new and interesting language.

An absolutely exclusive party, under the banner of cinematic art in its purest essence, where guests enjoyed the show from the spectacular lounges that emerged from the water of the lagoon.

The godmother Rocío Muñoz Morales was present at the evening, which was led by the conductor and Iena Nicolò De Devitiis. On the program there was the presentation of the short films made by the boys and girls of the Experimental Center of Cinematography: six short episodes created as part of Campari Lab, a project that aims to enhance and train new talents in the art of cinema.