The second season of one of the biggest Netflix shows of all time, Bridgerton, dropped in March to much anticipation. This series focuses on Anthony Bridgerton’s quest for love – with his efforts focused on the Sharma family, in particular Kate, played by Sex Education’s Simone Ashley. But it’s not just the juicy storylines we’re excited about: the beautiful settings are also a big draw of the show – from grand Regency buildings to fairytale-esque wisteria-clad homes. So where was Bridgerton filmed? Below we look at some of the key locations from both seasons of the show, many of which you can have a snoop round yourselves.

Where Was Bridgerton Filmed?

Although Bridgerton is set in 19th century London, a big part of the show is filmed in Bath – a place regularly used in period dramas due to its large quantity of grand Georgian buildings. The picturesque city was a big inspiration for Jane Austen, and on-screen adaptations of her books are often set there, including both film versions of Persuasion. A UNESCO World Heritage Site, Bath makes a lovely staycation – and by walking around its pretty streets you can get a feel for Regency England. 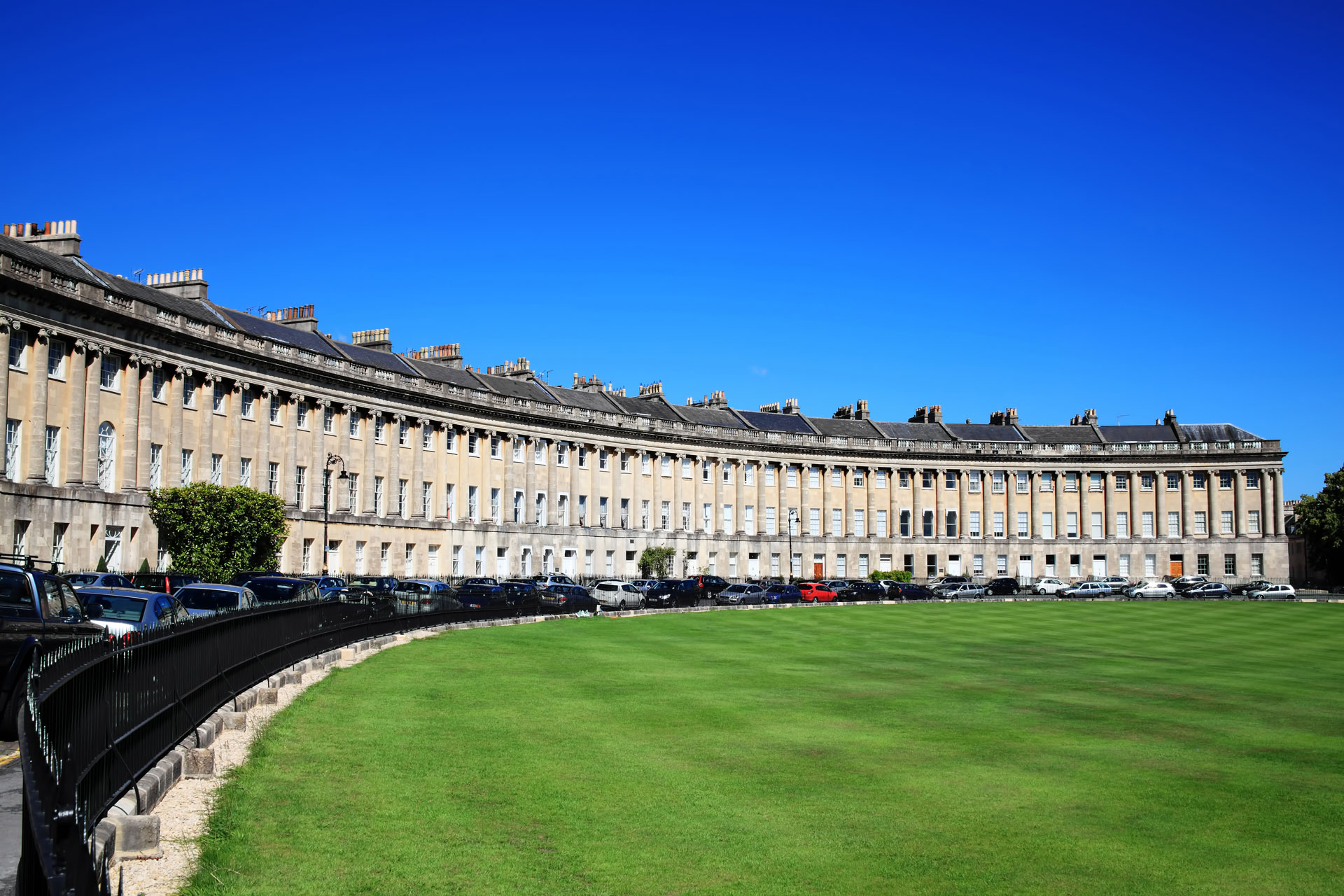 One of Bath’s most renowned landmarks is No. 1 Royal Crescent, a museum which has been decorated and furnished like it might have been in the 1700s. Built between 1767 and 1775, the building is set at the end of the Royal Crescent, a row of terraced houses arranged around a polished curved lawn. This street is often featured in scene-setting shots in Bridgerton – including serving as the backdrop to a duel in episode four of season one – while No. 1 Royal Crescent itself is used as the home of the Featherington family. You might also recognise it from TV adaptations of Vanity Fair and Northanger Abbey. no1royalcrescent.org.uk

Sitting between Marks & Spencer and Bath Abbey, this quaint square features heavily in the first series of Bridgerton. It’s often the background of promenades (walks in Regency speak), and the Modiste dress shop where characters get their clothes fitted is filmed in a café called The Abbey Deli. You can visit the café any day for a tea and slice of cake. 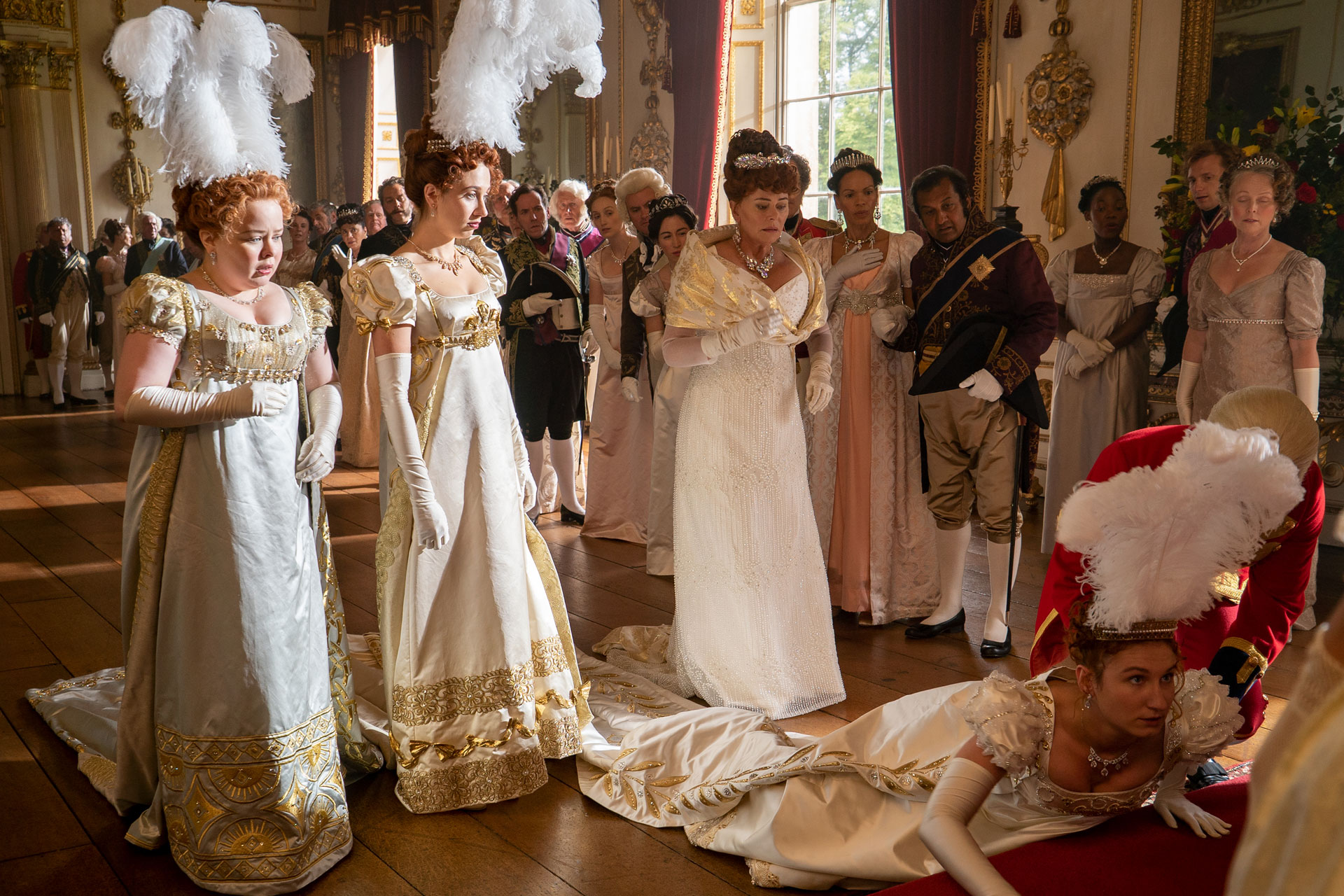 High-society events and lavish balls are pivotal to Bridgerton. Many of these are filmed in the Assembly Rooms: once the social epicentre of Georgian Bath, where people would meet to dance, play cards and drink tea. With their Whitefriars crystal chandeliers, The Tea Room and Ball Room make the perfect elegant backdrop for ball scenes. When they’re not being used for filming, the Assembly Rooms can be hired for events – but you can also have a nosey round for free. nationaltrust.org.uk

Though London is often recreated elsewhere in Bridgerton, parts of the show are filmed in the capital – from the interiors of private members’ clubs to outside shots of opulent buildings.

The Bridgerton cast was spotted filming series two around Greenwich’s Old Royal Naval College, a popular location for period dramas that is also featured in The Crown and Les Misérables. The historic site hosts a scene which introduces us to some of the season’s new faces, including Melissa Advani and Priya Kansara as Lady and Miss Eaton, and Shelley Conn as Lady Mary Sharma. Located just a short train away from London Bridge, the college is open every day for visitors, with a number of tours available to join. ornc.org 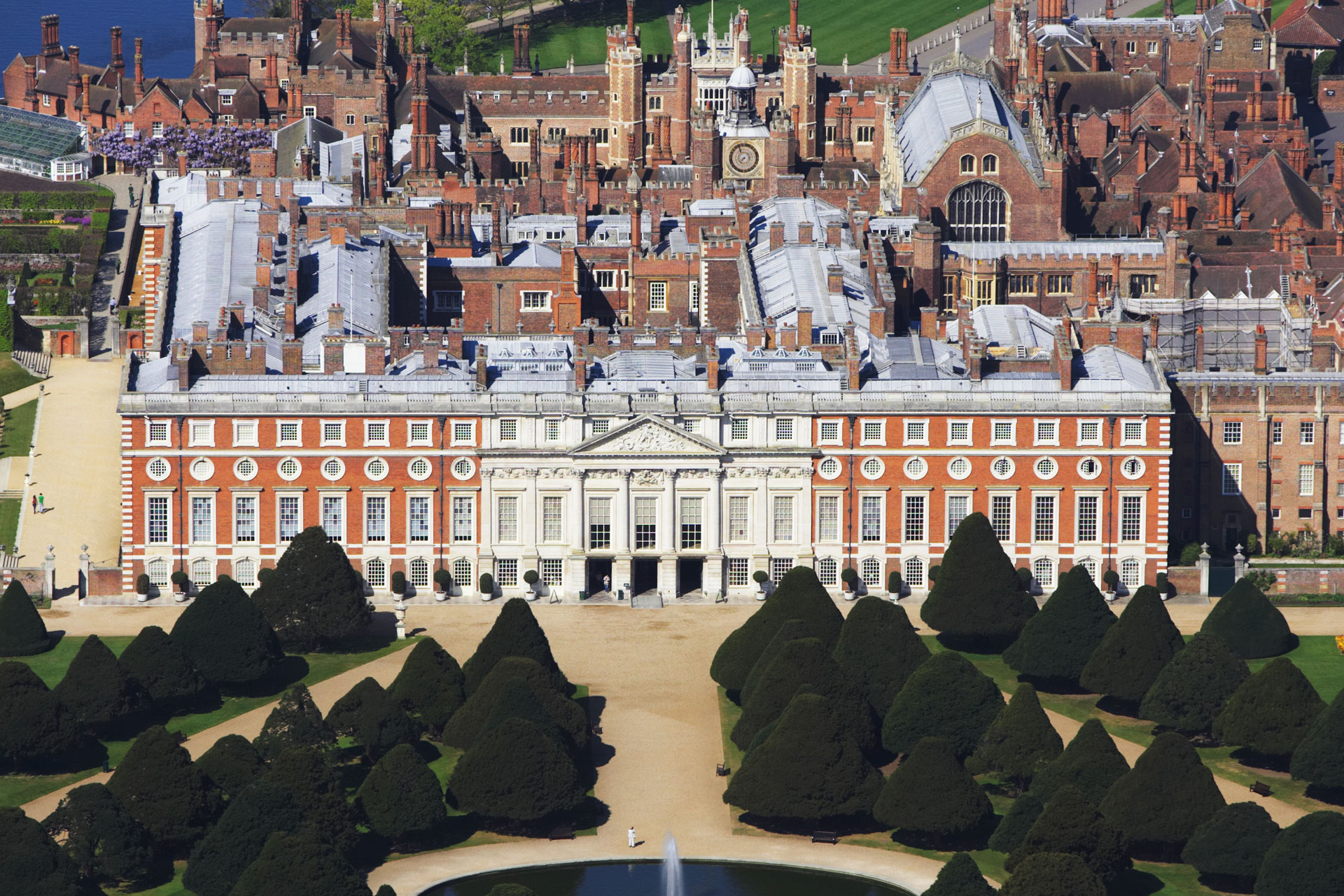 The former home of Henry VIII, Hampton Court Palace was used for exterior shots of Queen Charlotte’s Palace in Bridgerton. It’s a must-visit for those interested in British history, with 60 acres of gardens to explore alongside the famous Haunted Gallery, which – as legend goes – houses the ghost of one of Henry VIII’s wives, Catherine Howard. hrp.org.uk

With its lilac wisteria-bedecked façade and opulent iron gates, Ranger’s House is perfect as the exterior of the Bridgerton residence. In the show it’s portrayed as being a cosmopolitan London home, but in reality the Georgian villa is built away from the hustle and bustle of the city on the edge of Greenwich Park. The building was originally designed for the Admiralty in 1723, and it has served many purposes in its 300-year history. In 1986 the property was acquired by English Heritage, and you can visit today to explore the Wernher Collection, a unique art collection featuring medieval jewellery, Italian ceramics and Renaissance paintings. english-heritage.org.uk 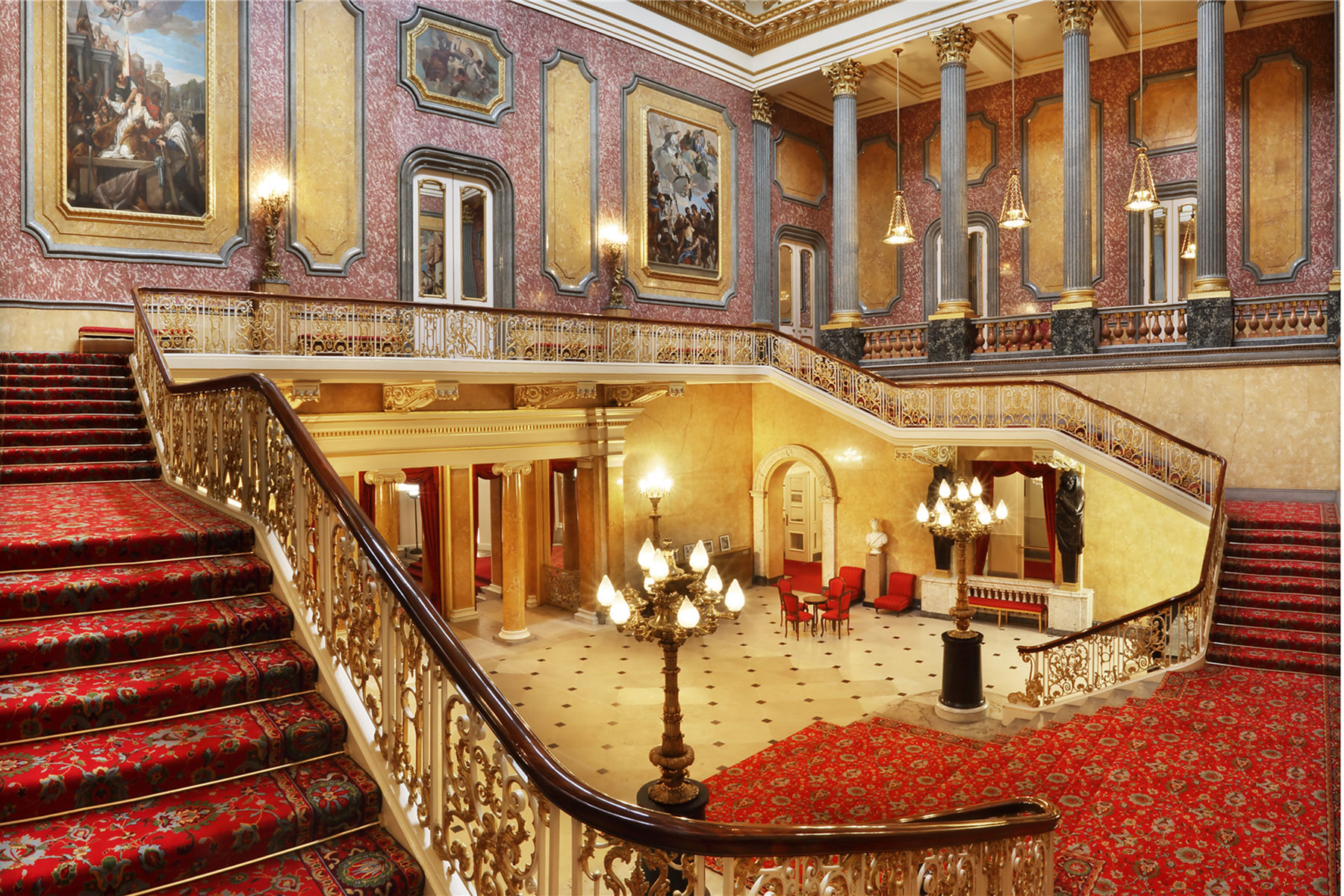 You may recognise this neoclassical mansion from The Crown, where some of the show’s most iconic scenes are filmed (who can forget Princess Diana roller-skating through its corridors in season four?). Yet Lancaster House is also used in Bridgerton, serving as the interior of Queen Charlotte’s home. The venue can be hired for events – but if you’re only after a sneak peek, virtual tours are available online for free. gov.uk/lancasterhouse

With its abundance of castles and large stretches of greenery, Yorkshire was another key filming spot for Bridgerton.

The Duke of Hastings’ estate, Clyvedon Castle, is actually Castle Howard, a spectacular stately home in North Yorkshire. Built at the end of the 17th century, the residence is no stranger to the screen, having featured in ITV’s Victoria and Stanley Kubrick’s Barry Lyndon. But its role in Bridgerton garnered the most interest, with its owners reporting an increased demand for hire since the show came out. The House is currently closed for an annual programme of maintenance, but it will reopen this spring. Until then, you can explore its gardens plus the Skelf Island Adventure Playground. castlehoward.co.uk

Where Was The Crown Filmed? / Filming Locations from The Pursuit of Love

The post Bridgerton: Where Was It Filmed & Can You Visit? appeared first on Country and Town House.