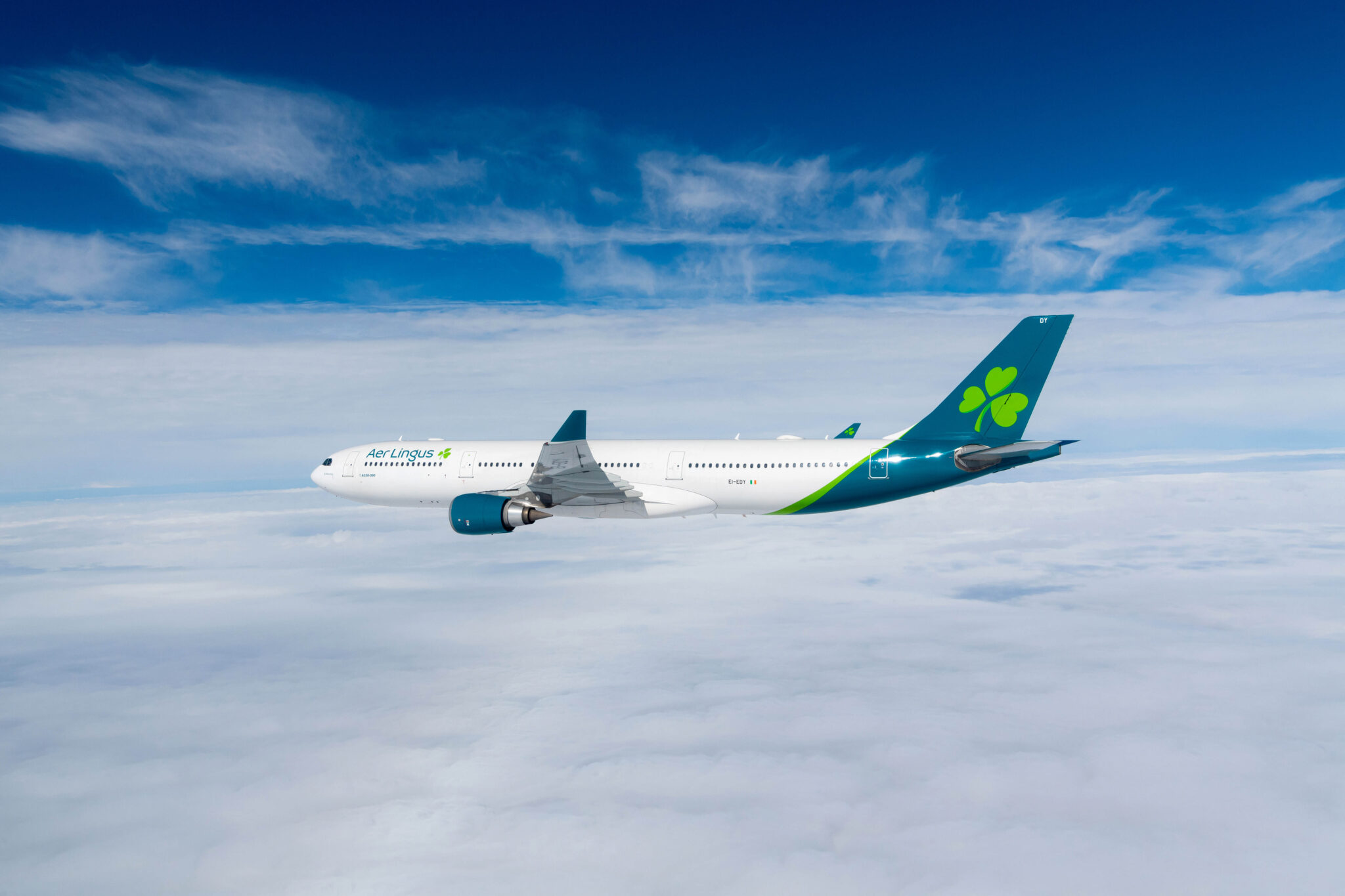 Aer Lingus, the Irish carrier reveals their number of flights* to the United States has increased 236% since US borders reopened 12 months ago. In November 2021, the Irish carrier operated 141 flights into the US, but this jumps to 473 flights this November.

The number of available seats has also rocketed by nearly 90,000 when comparing the two months. Aer Lingus has returned to pre-pandemic flight levels (16) for the forthcoming Thanksgiving getaway.

In November 2021, the IAG airline operated just six routes to the US, namely Dublin to New York JFK, Newark, Chicago, Washington, Orlando and Boston. This November, the carrier will operate 150% more US routes (15) from its hubs in Dublin, Shannon and its newest base in the UK, Manchester. Destinations include the popular cities of Miami, Seattle and San Francisco.

By next summer, the Irish carrier will operate 16 routes to the US, bringing back its popular Dublin to Hartford service, in addition to launching a new service from Dublin to Cleveland, Ohio.