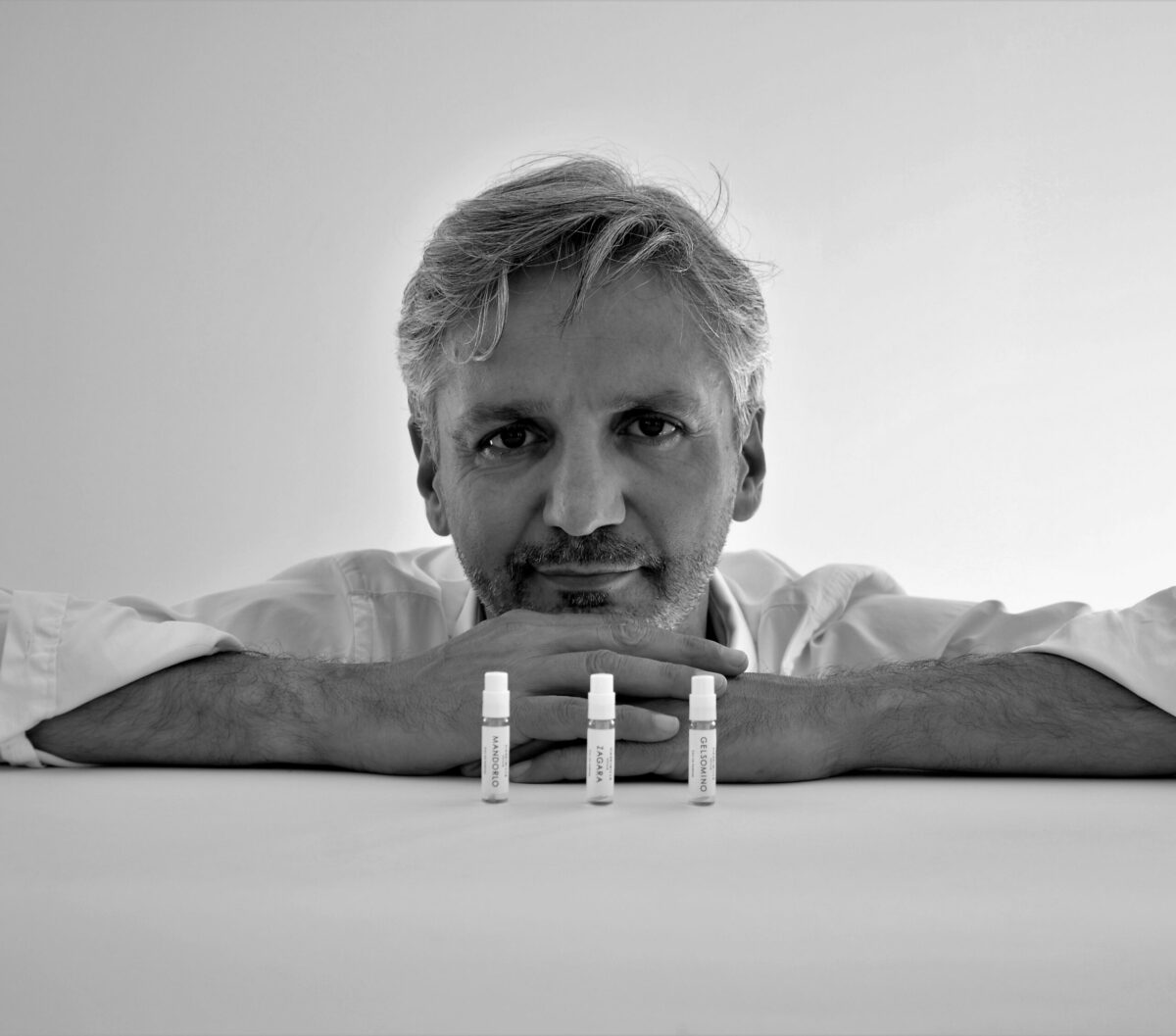 Sometimes distant childhood memories suggest questions to which we do not know how to give an answer and lead us in a search for our roots with unpredictable results.

This is what happened to Stefano Alderuccio who, investigating his family roots, gave voice to a story of men and perfumes, a story of work and passion that led him to found his perfume company VIA DEI MILLE SICILIA in 2011. 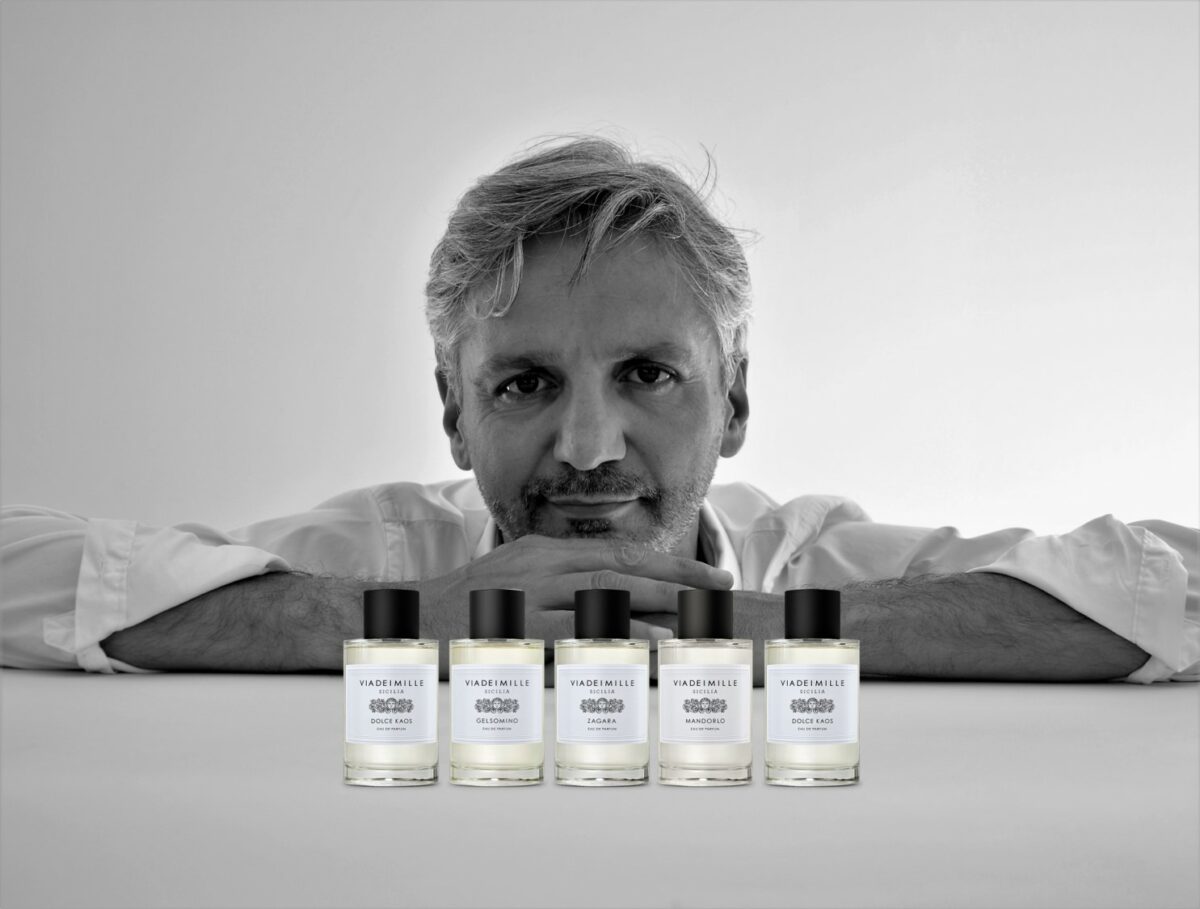 We asked Stefano to tell us how.

In the 1950s my grandfather Salvatore Scorsonelli started a steam distillation activity of floral essences and in particular of orange blossom, the delicate and intoxicating flower of bitter orange, one of the most precious essences used for the formulation of perfumes, intended for the maitres parfumeurs of Grasse, France.

The activity stopped abruptly in 1960. As children we often played in the grandparents’ garden in Noto, in Via dei Mille. With my brothers we entered that mysterious place which were the ruins of the distillery. The roof fell down, the stills, the flasks, the boilers were covered with dust, but the walls were still impregnated with the perfume of essences, a perfume that I have never forgotten.

Why was that activity among the many started by my grandfather, full of memories and anecdotes, which were often talked about in the family, stopped? This is how my journey back into family history and into the world of fragrances begins, a journey that from the abandoned distillery in Via dei Mille in Noto will take me to Grasse, Paris, Florence, and then return back to Sicily again. search for the best artisans, the best Sicilian raw materials with only one idea: to make that history known and revive those perfumes. 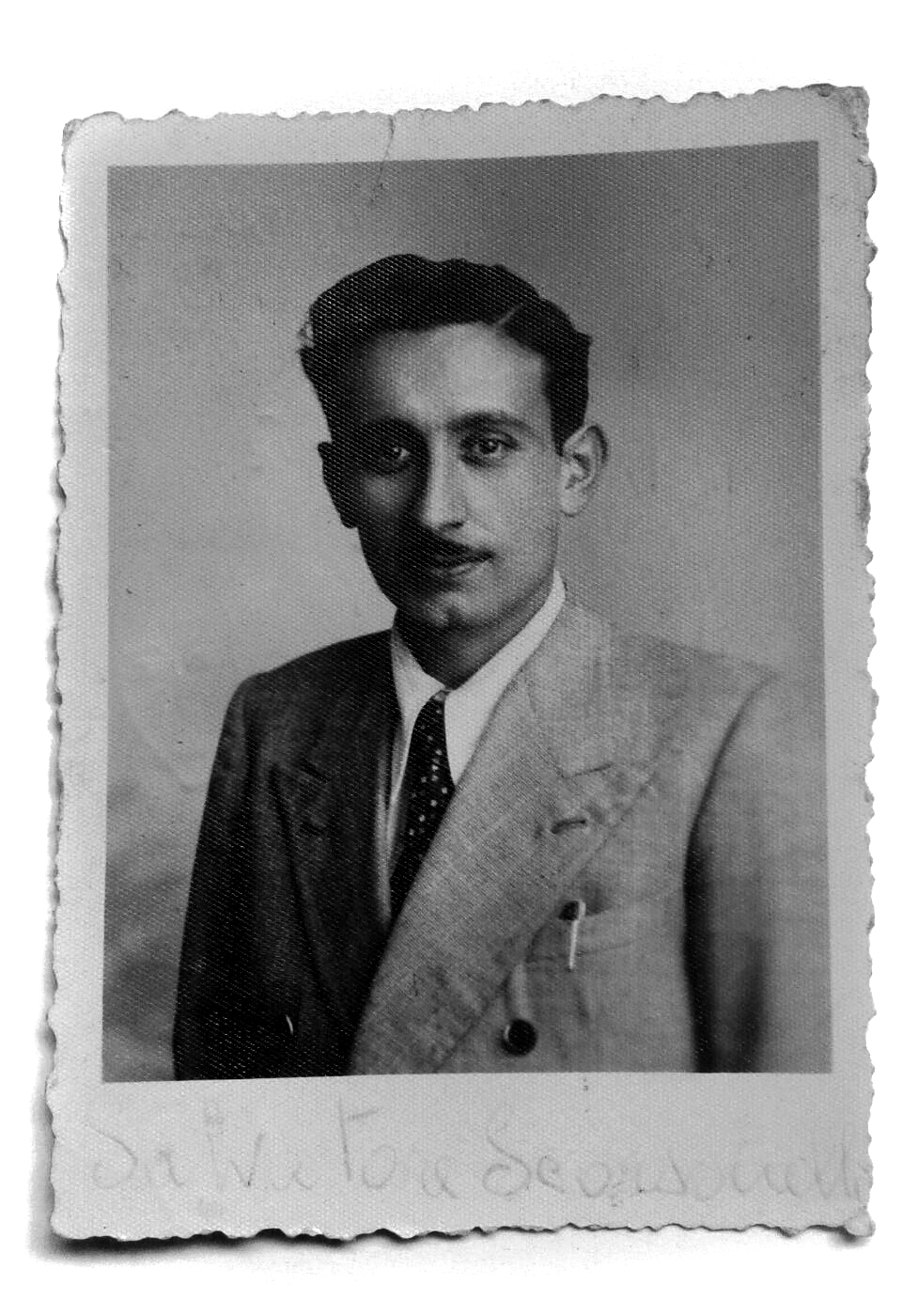 But who was his grandfather?

Salvatore Scorsonelli, my grandfather, was a tireless Sicilian small entrepreneur. A fictional character who, despite not even having completed elementary school, had a passion for entrepreneurship. Trade, carpentry, furniture manufacturing, supplies to the Sicilian Region, were some of the activities he undertook. In Noto, he opened the first open-air cinema, also filed some industrial patents and in 1955 he was awarded the title of Cavaliere del Lavoro.
Despite his numerous activities, perhaps because he was too generous, my grandfather never got rich.

And how did the search for him end? Did he find out what were the reasons why the business went out of business?

A series of causes contributed, first of all the chemical industry, which invested the world of perfumery by introducing synthetic products, more stable and cheaper.
In addition, there were important strikes by the female workers involved in the collection of jasmine, the famous jasmine plants, to claim better working conditions, which brought the then flourishing essence distillation industry to its knees.

Last but not least, the largest market for Sicilian and Calabrian essences, the French one stopped buying raw materials in Italy and moved its purchases to the former French colonies of North Africa, in which orange plantations had in the meantime been planted. and jasmine.

But for the bergamot the maneuver did not succeed, first of all because it could not be planted easily, the only bergamot production area outside Calabria and Sicily is the Ivory Coast, moreover the Sicilian and Calabrian bergamot is a real treasure , the winds, the sea, the orogeological conditions make the Calabrian and Sicilian bergamot unique.
A real mud campaign was then activated against the Calabrian bergamot considered harmful. It goes without saying that in this situation the distilleries, not just my grandfather’s, closed all. 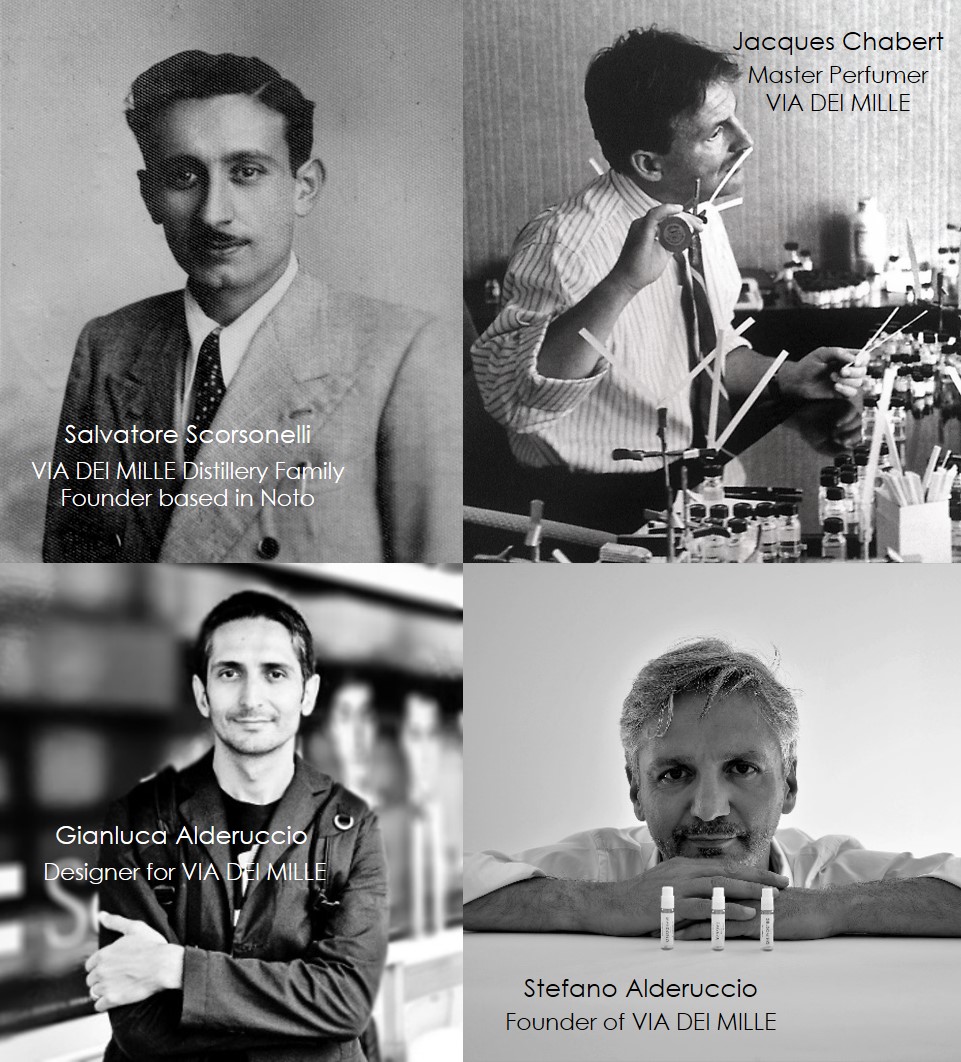 When did this search for ancient roots turn into an entrepreneurial project?

During my research I got to know the world of perfumers and I was fascinated by it.
Many maisons have opened the doors of their archives to me and it is there that I was able to recover part of this story. In Grasse I met Jacques Chabert, a famous “nose” who selects natural essences and creates fragrances independently.

The idea was born like this: if I couldn’t bring my grandfather’s distillation business back to life, I could try to make its history and values ​​known by creating a niche perfumery brand.
All our quality raw materials come from Sicily.

Among our suppliers there are companies such as Simone Gatto, a family company that has been producing essential oils and citrus juices since 1926 and which still in the 60s extracted the essential oil manually with the sponge method and then with the first automatic machines, such as the legendary Sfumatrice. Today SIMONE GATTO is recognized as a producer of the best citrus essences for the perfume industry.

Or Paolo Pironti, agronomist, descendant of an ancient Sicilian aristocratic family, who after spending most of their life in East Africa, working on essential oil extraction projects for local rural communities, returned to Sicily to give life to IL GIARDINO DEGLI AROMI, a farm dedicated to the production of organic essences extracted from local aromatic plants and flowers. Paolo was the first on the island to produce steam extracted orange blossom essence again.
Our suppliers share with us the dream of reviving and enhancing the Sicilian perfume tradition.

The style of VIA DEI MILLE is a refined baroque minimalism, typical of Noto where this story began.

Everything in VIA DEI MILLE talks about Sicily and yet your project developed in France, how do you harmonize these two natures?

In reality it is all very simple, the raw materials, the values, the history of this project are Sicilian, but the history, the tradition and the largest perfume market is Grasse. Our perfumer is located in Grasse, the subsequent production phases are carried out in Milan and quality raw materials come from Sicily; we can therefore say that VIA DEI MILLE is a perfectly harmonized synthesis between these two traditions. It is in effect a made in Italy product.

What are your next goals?

At the moment we work mostly online.
Ours is a very selective small distribution, because we are looking for people who believe in our project and want to tell our story. Precisely to better communicate this story we want to open boutiques in Sicily for sale to the public, with the possibility of showing the production process.
Anyone who wants to make a perfume today has no problems: you can easily find “turnkey” perfumes, all artificial.
The perfumery that we want to communicate is instead all natural. We want to safeguard the olfactory richness, vital that evolves and changes, the ingredients that interact with each other, and to find all this we must necessarily turn to the natural product.

And here comes the second objective that fascinates me: to bring together the traditional Sicilian production realities. I would like to create a pool of artisans and companies for quality distillation, to re-establish traditional cultures, to network among artisans by grouping them into cooperatives. Create a small universe of quality Sicilian realities.
Did you know that rose was distilled in Sicily?
Some island entrepreneurs have started to do it again and we would like to expand to include these realities as well.