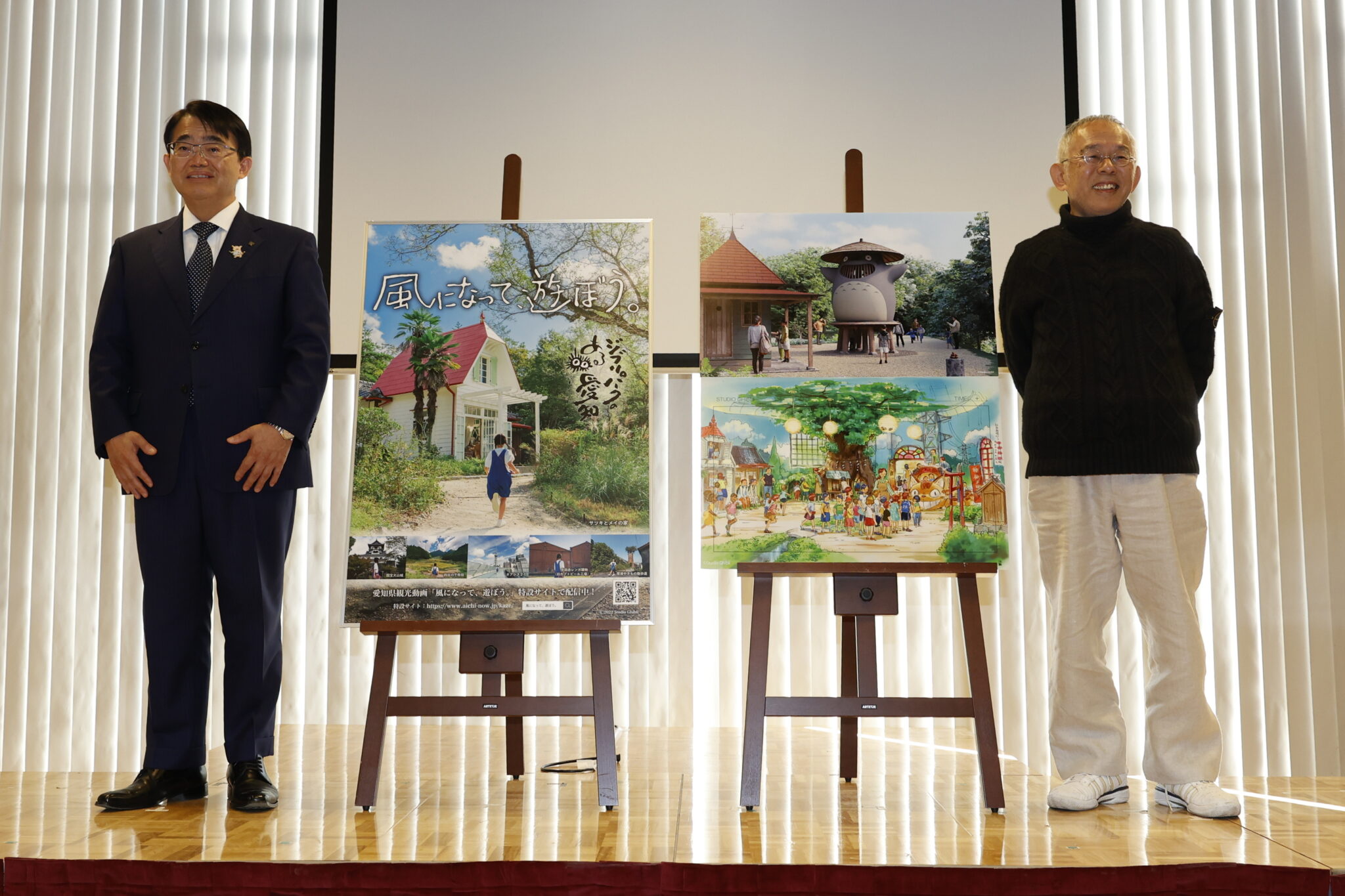 With the highly anticipated Ghibli Park opening on 1 November, delve into the world of Studio Ghibli with locations both inspiring and inspired by the much-loved stories.

The Japanese animation studio headquartered in Tokyo is known for its award-winning films, such as Spirited Away and Princess Mononoke. Experience the lands said to have inspired the four acclaimed animators and directors or wander the brand new park celebrating the anime world. Here are the top six Ghibli locations around Japan to fill any fan’s itinerary.

The immersive world based on the much-loved films of Studio Ghibli, Ghibli Park will open to the public on the 1st of November, with the second stage opening in early 2023. Located in the city of Nagoya, on the nearly 500-acre site of Aichi Earth Expo Memorial Park, Ghibli Park will be easily accessible just 3 hours south of Tokyo.

Visit to discover artefacts from past productions, uncover secrets behind the films, and wander fantasy lands from the many stories. Incorporating the home of Satsuki and Mei in My Neighbor Totoro, the idyllic country house and other exhibitions will embrace the surrounding natural environment by building only in the park’s existing clearings.

Located in Mitaka, a green suburban area of Tokyo, the Ghibli Museum is a highly popular spot for fans and the curious alike. The museum has been created and designed with as much love and thought as the films, from displaying original works and pictures for fans old and new to caring for the gardens surrounding the museum, working to sustain the land’s future. In the museum, visitors can find stained glass windows with recognisable scenes and characters, set-ups of animation studios and film-maker’s rooms illustrating the processes behind the films, and a theatre screening a short film, found only at the museum. Tickets to the museum must be booked in advance.

A small island off of the south coast of Kyushu, and also the country’s first UNESCO World Heritage Site, Yakushima is known as being home to the ‘Princess Mononoke forest’. With dense forests built up of 10,000-year-old cedar trees and some of Japan’s most beautiful natural wonders, the island was no doubt the ideal inspiration for the Princess Mononoke film, the fantasy story which follows the search for peace between humans and the land they occupy. Accessible from Kagoshima by boat or by flying into Yakushima, the island is abundant in ancient hiking routes, rich scenery and wild beaches, as explored by protagonist, Ashitaka.

A historic port town in the city of Fukuyama, Tomomoura has preserved its charming traditional homes, stores and temples, and is widely known to attract creatives and storytellers. The charming townscape has been said to have influenced the Ghibli movie Ponyo after the director, Hayao Miyazaki, stayed in the port while working on the film’s story. Accessible from Fukuyama on a shinkansen, Tomonoura is a scenic stop-off for port history and to feel immersed in a Ghibli set, if travelling along the coast from Hiroshima to Osaka.

Said to be the oldest hot spring area in Japan and used as inspiration to picture the bathhouse in Ghibli’s Spirited Away, Dogo Onsen is one of Japan’s most famous. Located in Matsuyama on Shikoku, the Dogo Onsen resort town is over 3000 years old and offers charming hot spring bathhouses, hearty cuisine and an eclectic collection of shops and museums. Dogo Onsen Honkan is the particular onsen confirmed by the art directors as a prototype for Spirited Away’s Aburaya, and can be visited today for tours, and to bathe, as thousands have since the 1800s.

A visit to this open-air museum is the perfect place to take in traditional Japanese architecture and design and get a dose of Ghibli nostalgia. Based in Koganei Park, Tokyo, the museum commemorates historic Japanese buildings and works to restore and relocate those with cultural importance. On-site, visitors can find homes, inns, stores and workshops from the 1600s Edo period to the late 80s Showa period, some looking particularly familiar to fans of the much-loved Spirited Away, as Art director Yoji Takeshige confirmed in ‘The Art of Spirited Away’ that the museum was a direct inspiration for the movie.