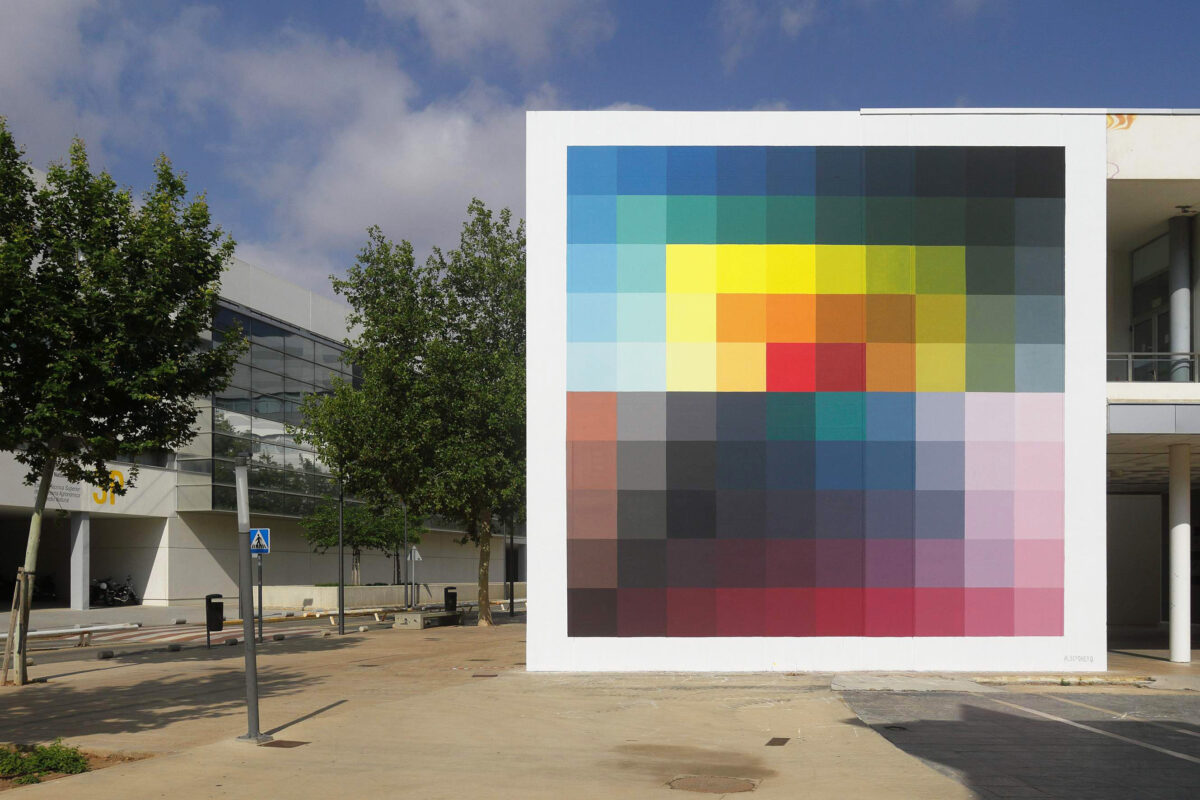 With Spreading Happiness the Sicilia Outlet Village becomes an open-air gallery together with Farm Cultural Park in the hands and mind of the artistic director Andrea Bartoli. A Street Art project, an exhibition without walls or ceiling in continuous evolution between installations and live performances, will take shape in the vision of six artists and their languages ​​in the Consulate of Happiness, in the province of Enna – along the path that connects Catania and Palermo – from early August to the end of October.

Sicilia Outlet Village, a reference point for luxury purchases in the area, is transformed into the sharing of interest in culture in a context of unparalleled natural beauty, not far from Mount Etna and Agrigento. “Art is a family tradition,” said Andrea Bartoli, an “atypical” notary who, together with his wife Florinda, founded one of the most important independent cultural centers on the contemporary scene. “We chose to stay in Sicily and Farm Cultural Park was born in 2010, inside the Bentivegna Courtyard, with the aim of giving back. The historic center of Favara – in the province of Agrigento – would be desolate if we hadn’t felt the urgency to devise a redevelopment and enhancement plan for a territory that has given us so much. Today it is the second most visited place in the region after the Valley of the Temples and if art is a give and take, the project in the Sicilia Outlet Village is a way to discover and discover something else.”

Motorefisico, Paolo Raeli, Domenico Pellegrino, Alessandra Bruni, Alberonero, Nespoon, six well-known artists on the international scene. Murals, installations, illustrations and photographs placed in the nerve centers of the “shopping tourism destination” Sicilia Outlet Village to touch souls and strike gazes. In each work the duplicity in the point of view, who creates it and who observes it, who looks for it and who he stops to look at it for pure chance. Stimulating curiosity to explore microcosms. At the origins of the project, the need and desire to open the doors to culture and become part of it. “Sometimes it can be tiring, but art is a alchemy “continued the curator of the exhibition Andrea Bartoli,” and the choice of the protagonists of this open-air exhibition stems from a search for different languages ​​- ranging from crochet to lights – that are able to strike different sensibilities. women, as well as exponents of the LGBTQ + community because I strongly believe that complicity in connections and dialogues is necessary to express the complexity of contemporaneity. ”

“When I think of Sicily I think of the sun and when I think of the sun I think of that very strong feeling, which we call happiness.”
In the words of Carla Bartoli the center of the conversation. Spreading Happiness, because for Farm – which after Favara and Mazzarino arrives, in fact, in Enna – happiness is the art of living and living in art. In kindness and generosity, sharing. One of the 100 international experiences that have produced the greatest social impact in the world in the last ten years, awarded for this reason by the prestigious Curry Stone Foundation in America, together with Sicilia Outlet Village launches a path of enhancement that, in art, you can find the vehicle for spreading culture. “We hope it is only the first step to build something more,” Bartoli said, “and if this project was born it is precisely to go further and find, in the unexpected, new energy.”

Below is the calendar: