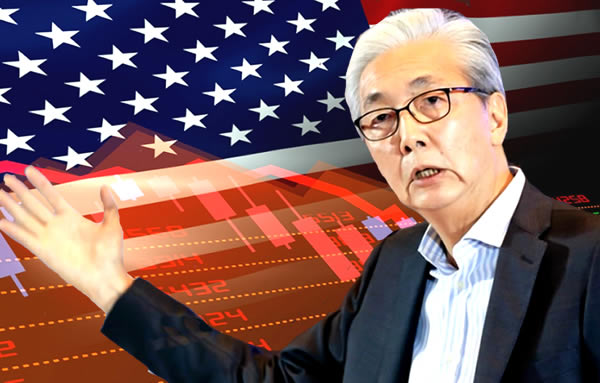 On Monday, the Prime Minister’s Office welcomed last week’s report from the International Monetary Fund on the Thai economy which confirmed projected growth of 2.8% for this year and 3.7% for next year. This contrasted sharply with the fears expressed by former Economic Czar Somkid Jatusripitak who called on the government to cut back on key flagship infrastructure projects and to prepare a fund of ฿200 to ฿300 billion to assist the less well-off through the banking system in 2023 when an economic storm is expected.

Former Government Economic Czar and Deputy Prime Minister, Somkid Jatusripitak, has called for the scrapping of plans to buy submarines from China and less emphasis on flagship infrastructure project spending going into 2023 in an effort to target badly needed financial support to the less well-off at a time of heightened inflation and rising interest rates. The former key adviser to Prime Minister Prayut Chan ocha and Minister of Finance in the government of Thaksin Shinawatra is warning that the kingdom is facing an economic crisis in 2023 and that the government must have a fund of ฿200 to ฿300 billion available to help those in debt and the less well off survive the coming storm to preserve the kingdom’s economy and prevent further damage or even collapse. It comes as the Prime Minister’s Office, on Monday, in contrast, welcomed an International Monetary Fund projection that Thailand’s economy will grow by 2.8% in 2022 and 3.7% in 2023.

The government’s former economics czar Somkid Jatusripitak is warning that 2023 poses a significant threat of economic collapse if Thailand’s leadership does not sincerely face up to the facts.

Mr Somkid expressed concern that a widening interest rate disparity between Thailand and the United States will inevitably drive funds out of the country.

These concerns were heightened at the end of last week when economic data in the United States showed still raised levels of inflation following stronger-than-expected labour figures days earlier indicating the Federal Reserve may, at the very least, have to stick to its guns with a proposed further interest rate rise of 0.75% when it meets on November 2nd next and fears of a further rise of 0.5% on December 14th.

Deposit interest rates stateside are also now moving in line with the current uptick in borrowing rates which will draw capital to the dollar.

This may bring the interest rate for borrowers in the United States to 4.75% with JP Morgan boss Jamie Dimon saying, this week, that the US will end in recession within the next 6 to 9 months but on the plus side, he expected it to be less severe than the 2008 financial crisis with some forecasters actually predicting 0.3% growth for the US economy in 2023.

This week, Mr Somkid while expressing support for Bank of Thailand Governor Sethaput Suthiwartnarueput, suggested that interest rates in Thailand must go up but said that the bank must act to provide funding to commercial banks and specialised banks to help the less well-off particularly those with loans now facing extreme hardship in a climate with rising interest rates and slower growth.

Somkid was deputy prime minister in the government of Prayut Chan ocha until 2020 and is currently the Chairman of the Sang Anakhot Thai Party which means Building Thailand’s Future.

He is one of five former ministers including Dr Kobsak Pootrakool, Uttama Savanayana, Sontirat Sontijirawong and Suvit Maesincee who all resigned at the same time in 2020 due to an internal political heave within the ruling Palang Pracharat Party.

Last week, Dr Kobsak Pootrakool, formerly a minister at the Prime Minister’s Office spoke of an anticipated ‘perfect storm’ in 2023 following his warning a week earlier that the kingdom must preserve its foreign currency reserves.

Economist points to events in Sri Lanka, Pakistan and Argentina as lessons for Thailand to learn from while showing the need to preserve currency reserves

Mr Somkid is also a former Minister of Finance and Deputy Prime Minister in the government of Thaksin Shinawatra from 2001 to 2005.

US is Thailand’s biggest foreign market and a weaker dollar helps exporters. Kingdom may also benefit from lower oil prices due to lower world growth

A key plus factor, however, for the government is the kingdom’s continued success, helped by a weaker dollar, at developing export markets in the United States and the fact that lower oil prices because of depressed conditions worldwide may alleviate inflation pressures in the economy and help with the country’s now persistent trade deficit as spending from foreign tourism this year, despite a rise in arrivals, has been disappointing with spends per capita off by between 11.5% and 14.5% from 2019.

Spend per capita expected to be down by between 11.5% and 14% with more Asian visitors this year

Somkid suggests that the prime minister consider spending the money allocated for submarine purchases from China to create a fund to help small borrowers in the months ahead.

The economics guru also called upon the government to use its funding to support the grassroots economy in the months ahead as opposed to emphasising flagship infrastructure projects.

He warned that failure to preserve the country’s struggling small business owners, self-employed and farmers would have a far more devastating effect on the economy if this was not the case going forward.

He also cautioned that the government must put the people first at this time while facing the facts and the challenge before it sincerely.

Somkid suggested that the country must immediately prepare a lifeline of between ฿200 billion to ฿300 billion to assist indebted borrowers and help support the less well-off in 2023.

He suggested that the government convene its economic cabinet and set up a war room to deal with the predicted economic storm that he believes is brewing.

Prime Minister’s Office upbeat about the economy on Monday saluting the International Monetary Fund’s projection of 2.8% growth in 2022 and 3.7% in 2023

On Monday, however, Anucha Burapachaisri at the Prime Minister’s Office was more sanguine about the kingdom’s economic prospects moving forward and welcomed a projection last week from the International Monetary Fund of 2.8% growth for 2022, a figure unchanged by the world financial institution since July this year.

The IMF also predicted that Thailand’s economy will grow by 3.7% in 2023 despite its dire warnings in recent weeks about a slowing world economy

It also warned the kingdom about the rapid slowdown in the Chinese economy which is the country’s second-largest export market and largest trading partner.

Debt serviceability on loans improved in 2022

The financial organisation noted that debt serviceability had improved in the Thai economy this year although it pointed out that some economic sectors appear not to have rebounded as fast as others.

The IMF noted the kingdom’s strong banking sector and the country’s still ample foreign exchange reserves which appeared to marginally grow to the 12th of October from the 7th of October according to recent data and are currently valued at $199.8 billion

The world financial agency highlighted the importance for Thailand of tackling the country’s chronic problem with household debt, something currently underway within the bank with plans to tighten credit and lending in the opening months of 2023.

The IMF also called for the acceleration of the country’s digital payment infrastructural development and efforts to create a more sustainable economy.