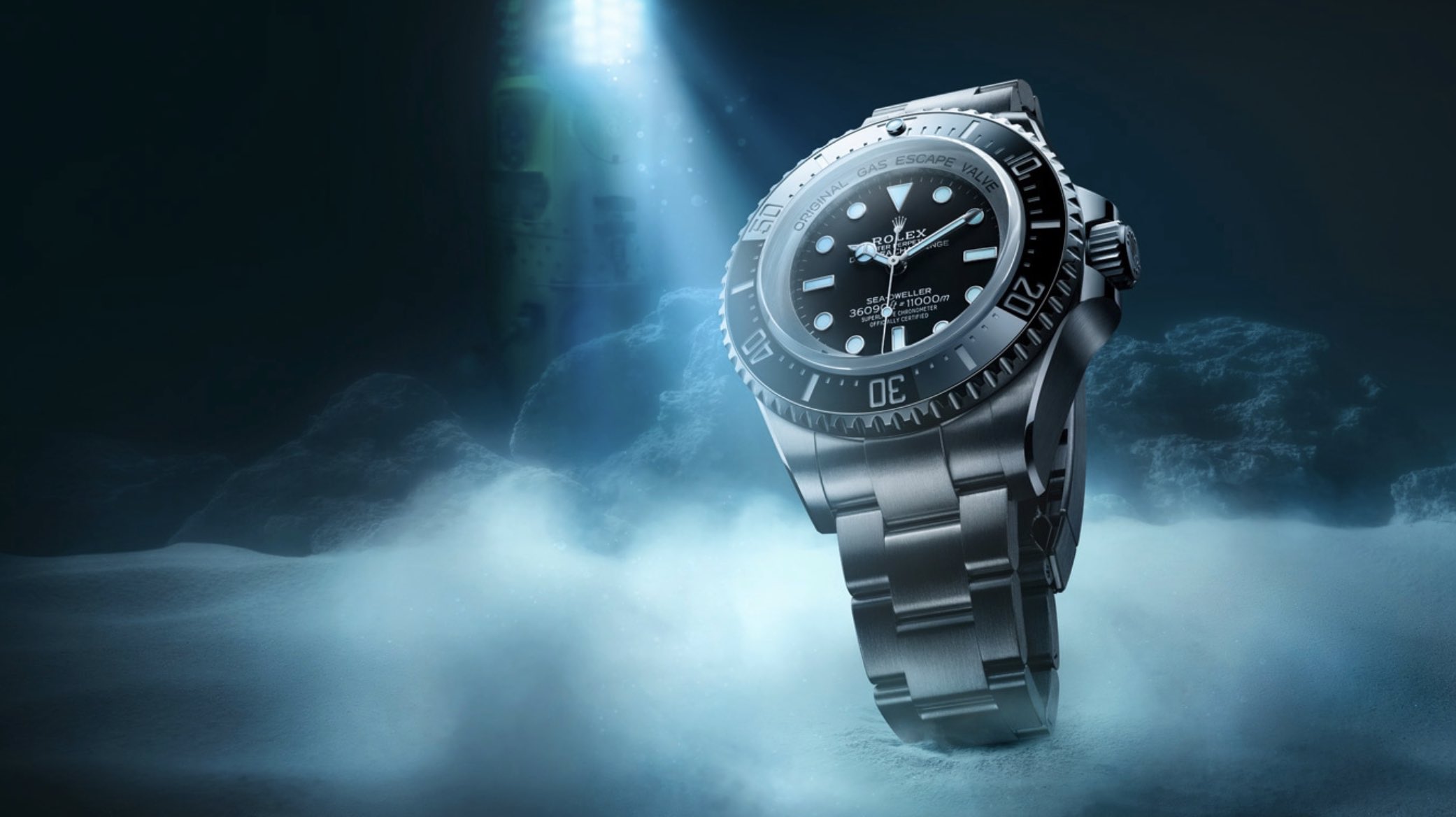 The new timepiece, inspired by the experimental watch that accompanied it on March 26, 2012 during its historic dive in the Mariana Trench, is water resistant to 11,000 meters.

While the 2012 experimental watch was attached to the articulated arm of the director’s ‘Avatar’ and ‘Titanic’ submarine, the Deepsea Challenge was designed to be worn on the wrist.

From the manufacture of the case to that of the bracelet, everything has been designed with a view to daily use of this 50 mm diameter specimen. The Oyster Perpetual Deepsea Challenge uses a grade 5 titanium alloy selected by Rolex, Rlx titanium.

Thanks to this robust and particularly light metal, the weight has been reduced by 30% compared to the experimental watch of 2012.

To give the new model ergonomic proportions and harmonious aesthetics, some components have been modified, in particular the glass which has been made thinner. The Deepsea Challenge is distinguished from other professional watches by its particularly pronounced satin finish and polished edges of the lugs. The bracelet extension systems allow the watch to be worn over a diving suit up to 7 mm thick.

The Deepsea Challenge bears the words ‘Mariana Trench’ and the dates ’23 -01-1960 ‘and ’26 -03-2012’ engraved on the caseback. A tribute to the two historic dives in the Mariana trench: that of the oceanographer Jacques Piccard and the lieutenant of the American navy Don Walsh aboard the Trieste, in 1960, and that of James Cameron, who in 2012 dived alone on board of the Deepsea Challenger.

Onboard both expeditions were experimental Rolex watches.