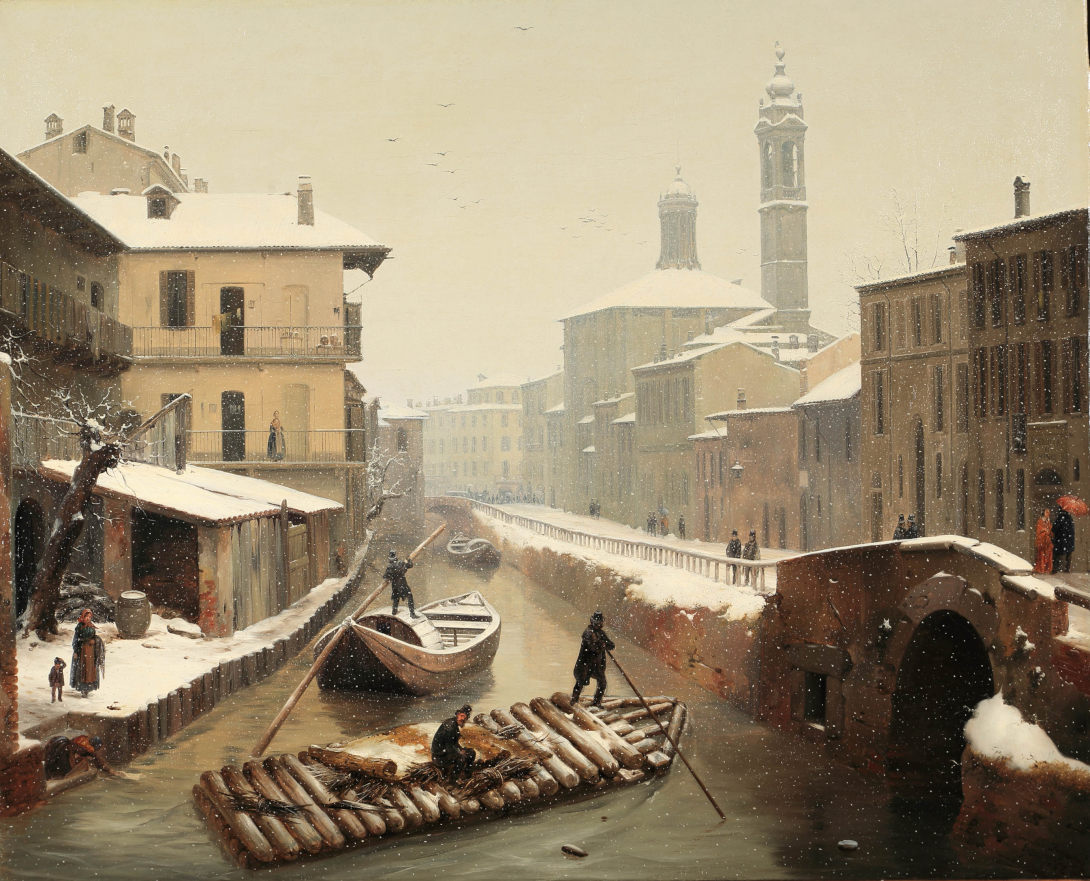 The Visconteo Sforzesco Castle in Novara hosts a new extraordinary exhibition until 12 March.

After the exhibitions on the nineteenth century, on Divisionism and on Venice which met with extraordinary success, Novara and the Castello Foundation pay tribute to Milan, with this new initiative entitled: Milan from Romantic to Scapigliata.

Thanks to Mets Percorsi dell’arte, works belonging to public and private collections will accompany the visitor on a journey through time and space to discover what has become the economic capital of Italy over the centuries.

The curator of the exhibition Elisabetta Chiodini offers us a journey through the fundamental years for the awakening of the patriotic conscience from the fall of the Napoleonic Kingdom to the liberation from the foreign yoke.

Fundamental years not only from a political point of view but also from a cultural and urbanistic point of view. Years that saw the emergence of that Milanese elegance and dynamism to which we are accustomed today.

In those same years, painting was evolving, from Hayez’s full romanticism, which represents the first stage of our ideal journey with his splendid Imelda de’ Lambertazzi, to the disheveled atmospheres of Tranquillo Cremona, Luigi Conconi and Daniele Ranzoni, Through painting urban by Giovanni Migliara and Angelo Inganni who offer us splendid views of the Milan that was there and of that which was gradually taking shape.

Eight sections in which the history of Milan unfolds, not only the history with a capital S made by the generals in battle and by the patriots on the barricades, but also that of the men and women of the ordinary people, witnesses of humble and now forgotten jobs, tranches de vie admirably outlined in the painting, for example, by Domenico and Gerolamo Induno, present in the exhibition with some poignant canvases such as Bread and tears, the return from the field, the Monte di Pietà or the wonderful Scioperatella that restore the atmosphere of those years intact of fatigue, wars and blood but also of lofty ideals and pure passions.

An exhibition that generously offers itself to the public with the express and evident ambition of being attractive to a demanding and refined public.

A fascinating journey into nineteenth-century Milan and its artistic currents that have marked the history of art in Milan, Lombardy and beyond.