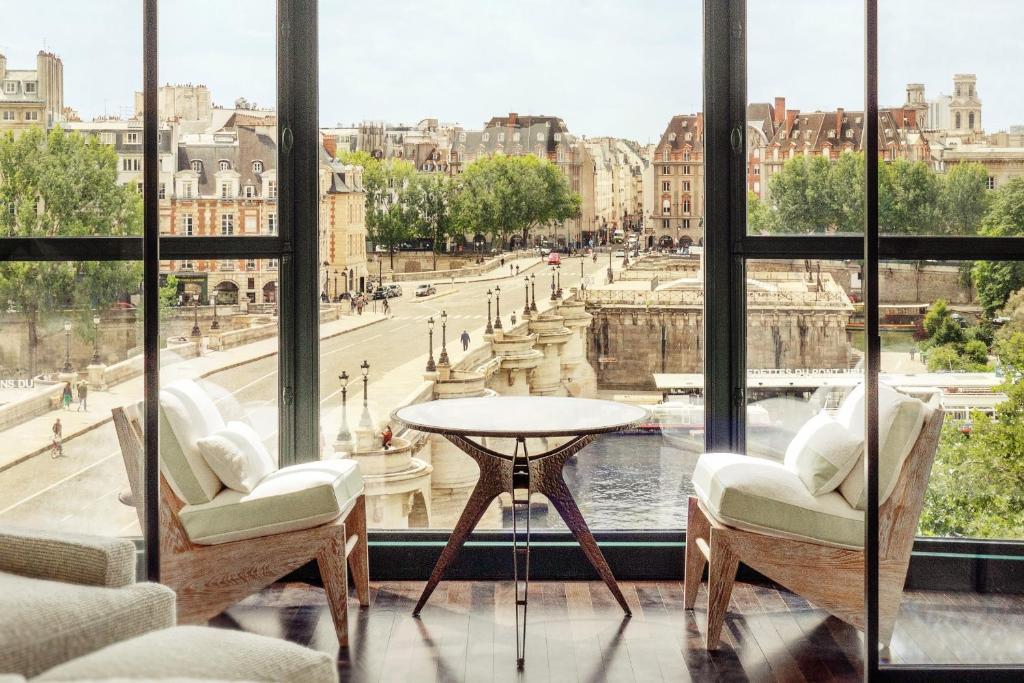 Louis Vuitton is preparing to make its debut in the hotel industry with the aim of transforming its 400 thousand square meter headquarters in Paris into a complex dedicated to hospitality and shops.

This was revealed by Michael Burke, President and CEO of the luxury brand, who in an interview with Wwd, declared his intention to transform the Parisian corporate offices into a vast complex that will include the first Louis Vuitton-branded hotel in the world and its largest big shop. According to the manager, a future Louis Vuitton hotel will not be able to ‘threat’ the Cheval Blanc, the hotel brand of the giant Lvmh.

It would be about its own identity, its own segment and its own service: a completely different experience from Cheval Blanc.

The manager therefore seems ready to ‘abandon’ his headquarters. “My office won’t be my office in five years, that’s for sure,” Burke continues. Meanwhile, the brand is preparing to inaugurate an experiential space called Lv Dream, the opening of which is scheduled for December 12 in a 20,000-square-metre venue. The space will remain open for about 365 days and will host an exhibition with the brand’s collaborations, a souvenir shop and a cafeteria and chocolate shop managed by Maxime Frédéric, head pastry chef of Cheval Blanc Paris.

This exhibition space will be open for a year and then next year we will do something else. Eventually, most of this 400,000-square-foot building will probably be something other than an office

adds the CEO to the American magazine.

The parent company Lvmh has been working on the renewal of the surrounding neighborhood for some time. Suffice it to say that in the last 18 months he has presented the La Samaritaine department store, the Cheval Blanc hotel and the opening of the first Parisian branch of his Italian pastry shop Cova. “Parisians are finally rediscovering it,” Burke continues, referring to the neighborhood. “They embraced it. There is now music in the street at 11pm. When we took it over, this was a no man’s land.” And today the plan is to attract other offices, shops, homes, restaurants and cultural activities to the area.

“My dream was to create a rebirth of the original Paris mall,” concludes Burke. “It has always been Bernard’s vision (ed Bernard Arnault, President and CEO of Lvmh) and today we are halfway there. It will take another ten or 15 years to get it where we want it.”