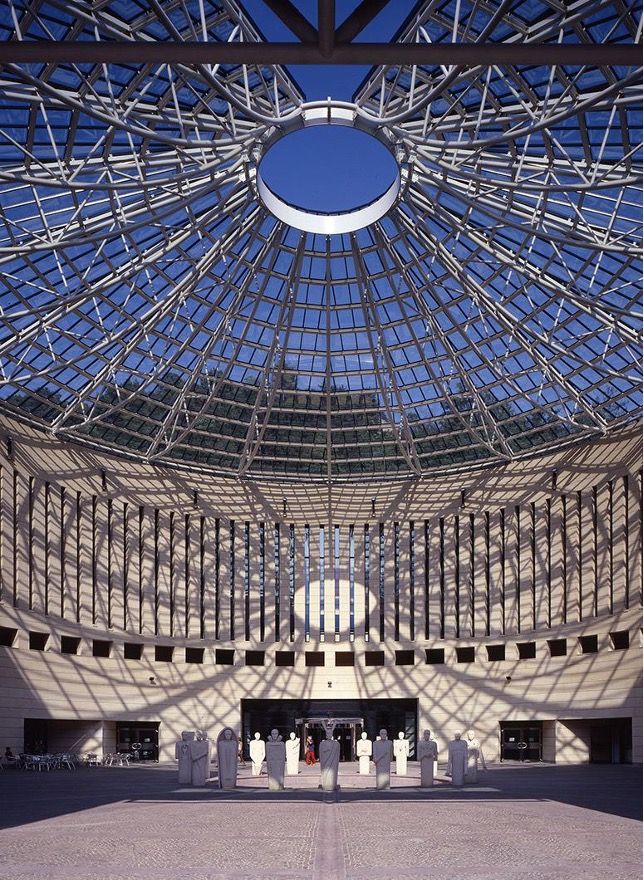 For all architecture and design enthusiasts, we offer a travel itinerary to discover the 10 + 1 exhibitions not to be missed during the summer in Italy and Europe.

Starting from Milan, we remind you that at the Museo del Novecento, exhibited for the first time in the exhibition “Aldo Rossi. Design 1960-1997 “, there are over 350 furnishings and objects of use, models and studies designed and created by one of the protagonists of the visual culture of the twentieth century.

Curators: Chiara Spangaro, in collaboration with the Aldo Rossi and Silvana Editoriale Foundation

Charlotte Perriand – The avant-garde is woman

Also in Milan, until 25 September 2022, the M77 gallery hosts the exhibition “Charlotte Perriand – The avant-garde is woman” dedicated to the key figure for visual arts, design and architecture of the twentieth century. The exhibition covers the artist’s career from his beginnings in France with Le Corbusier and Pierre Janneret, to his encounter with Russian Constructivism, to his experience in Japan during the Second World War.

The Swiss designer Mario Botta is the protagonist at the MAXXI in Rome with the architecture exhibition entitled “Mario Botta. Sacred and profane”. Invited to talk about himself through a site-specific installation of the NATURE cycle, the artist imagined a work made up of different and highly incisive materials.

Where: MAXXI (Sala Gian Ferrari), Via Guido Reni 4a, Rome

In Turin until 30 September 2022 an exhibition entitled Riccardo Dalisi ’71 – ’74 dedicated to the architect and designer tells of the experience in the Rione Traiano of Naples, where the artist has carried on his business with the aim of supporting a socio-educational redemption, encouraging street children to design small furnishings and architectural elements with simple materials such as wood, string and metal wires.

Curators: Luca Beatrice, with the assistance of Giorgia Achilarre

The retrospective dedicated to the great Anglo-Indian artist Anish takes place in two locations in the heart of Venice, at the Gallerie dell’Accademia and then at Palazzo Manfrin, until 9 October 2022 in conjunction with the International Art Exhibition of the Biennale. Kapoor. The exhibition offers the public a collection of the most significant works highlighting his vision, pictorial sensitivity and sculptural ability.

In the headquarters of the Marcello Morandini Foundation, an elegant early 20th century Art Nouveau villa in the center of Varese, the exhibition “Arbeitskreis 1972-2022, A European constructive experience” inaugurates the exhibition season dedicated to the History of Concrete Art, inspired by the geometric tradition of Dutch Neoplasticism and Russian Constructivism.

Forty years of graphics and design. The sense of ideas

At the m.a.x. Chiasso museum, over a hundred pieces including models, products and machinery for the exhibition entitled “Forty years of graphics and design. The sense of ideas “, open until 11 September 2022 and dedicated to the Sicilian designer of origin Vito Noto. The artist’s production includes visual design, product design and industrial design.

I Call it Art

Moving on to the international context in Oslo, the new National Museum of Art, Architecture and Design designed by architect Klaus Schuwerk, Kleihues and Schuwerk Architects to reduce greenhouse gas emissions, houses the largest collection in northern Europe of art, design and architecture. The exhibition “I Call it Art” until 11 September fills the Light Hall with works created by 147 artists and collectives working today in Norway.

Where: National Museum of Art, Architecture and Design, Oslo

Helsinki, celebrates the architects, pioneers of equality with “Long Live Wivi Lönn”, the exhibition at the Finnish Architecture Museum. Lönn was the first woman in Finland to set up her own independent architecture firm, achieving successes never before achieved.

Two exhibitions until the 15th October 2022 they guide the visitor on a journey through contemporary architecture in search of the “new city”. The “Arboretum” exhibition gives a voice to architects and landscape architects, documenting a collection of moments in which the tree dialogues with architecture.

With “Espaces possibles”, on the other hand, the forum aims to show and understand what the movement of “third places” is. More than an exhibition, it is a meeting point, a laboratory of ideas. The birth of fablabs, coworking spaces, associative cafes and other shared places affects everyone as inhabitants, users or citizens engaged in a common project.

The post Journey to discover the 10 + 1 exhibitions not to be missed during the summer appeared first on Excellence Magazine.