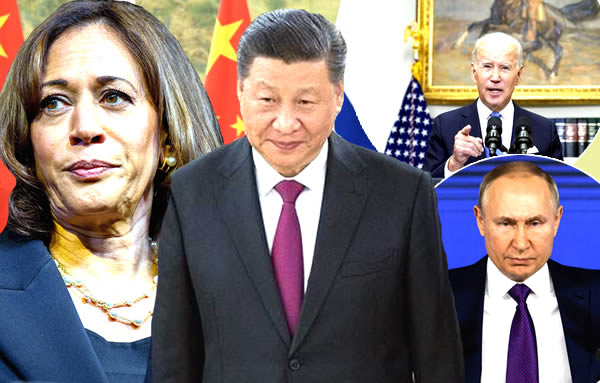 It is understood that Thailand’s leadership is disappointed that US President Joe Biden will not attend the summit in Bangkok due to the planned wedding at the White House on the 19th of November of his granddaughter Naomi Biden. The importance being attached to the international event in Bangkok has meant the declaration of a two-day holiday in the capital and adjacent provinces while speculation mounts that it may be the moment that Prime Minister Prayut Chan ocha decides to dissolve the House of Representatives and call a General Election.

It is not yet confirmed if Russian President Vladimir Putin will attend the APEC summit in Bangkok in mid-November which has been a key priority for the Thai government although reports suggest that he has accepted the invitation to join the gathering in Thailand’s capital. On Tuesday, Tanee Sangrat, a senior spokesman at the Ministry of Foreign Affairs downplayed media reports and said that the list of those attending had yet to be finalised. However, it is becoming clear that US President Kamala Harris will represent the White House at the two-day event while arrangements are being put in place to allow US President Joe Biden play a role. Another potential surprise is the possible attendance of Chinese President Xi Jinping who was confirmed verbally last month to Foreign Minister Don Pramudwinai by his Chinese counterpart Wang Yi.

Thailand’s Asia-Pacific Economic Cooperation (APEC) summit next month due to take place from November 18th to 19th looks like it may be overshadowed not only by dramatic world events including ongoing developments in the Russian-Ukraine war and an emerging economic threat due to the soaring value of the US dollar but also by the fact that two days before it, Indonesia will host the G20 summit in Bali running from the 15th November to the 16th November.

Despite press reports in Bangkok on Tuesday, it has not been confirmed that Russian President Vladimir Putin will attend the event.

In fact, indications to the government in Bangkok, up to last week, were that he would not.

Backdrop is an escalation and increasingly serious war in Ukraine which threatens to become a wider world conflict. It already is, in economic terms

The summit is taking place against the backdrop of an escalating war in Ukraine with rising geopolitical tension and significant developments on a near-daily basis.

On Thursday, it emerged that Thailand along with China and thirty-three other states abstained in a vote of condemnation of the Russian annexation of four key territories in Ukraine at an emergency session of the United Nations General Assembly in New York.

Prior to the vote, Russia failed to obtain an agreement to have a secret vote on the issue while the United States made it clear that the vote would have consequences while insisting the world does not recognise Russia’s annexation of the Ukrainian territories of  Donetsk, Luhansk, Kherson and Zaporizhia.

Thailand abstains in UN vote along with China

The kingdom’s stance leaves it firmly outside the fold of western countries.

A new political agenda has arisen from the Ukraine war which is less tolerant of realpolitik and is increasingly linking commercial and investment decisions with a country’s political stance.

The Thai position on Thursday will not be good for inward investment into the country from the developed world.

Singapore, notably, voted to condemn Russia’s action in Ukraine as did Malaysia and Indonesia although Thailand’s key economic competitor in the region Vietnam also abstained.

Indeed, Thailand’s reason for abstaining was because of the ‘politicisation of international principles’ according to its representative mission at the UN General Assembly.

‘It has long been Thailand’s longstanding and consistent policy to be opposed to the threat or use of force against the territorial integrity of any state, and the unprovoked acquisition of the territory of another state by force,’ read a statement issued by the Thai delegation. ‘However, Thailand chose to abstain from the vote on the resolution because it takes place during an extremely volatile and emotionally charged atmosphere, and thus marginalises the chance for crisis diplomacy to bring about a practical and negotiated resolution to the conflict that may push the world to the brink of nuclear war and global economic collapse. We are genuinely concerned about the increased politicisation of international principles that have become counterproductive as the means and guidance to end the war. Condemnation provokes intransigence and therefore greatly reduces the chance for constructive engagement.’

At the White House, US President Joe Biden welcomed the vote and said that it showed Russia ‘cannot erase a sovereign state from the map’ while accusing it of tearing at the very foundations of international peace and security.’

141 countries supported the motion or over 78% of states which voted at the United Nations in what is a ringing rejection of Russian actions.

Thailand’s response at the UN, on Thursday, indirectly referenced the escalation of the war in Ukraine with a related energy war targeting European countries and growing western support for Ukraine.

The tough response to the Russian invasion is being interpreted as a warning to China over Taiwan while the Communist country gives tacit support to Russia. The current dynamic is threatening to plunge the world into a wider conflict between two world blocs.

An economic war is already raging and deepening between these two blocs which is ripping up the world global economy and supply chains that existed up to 2018 when the US-China trade war began.

US President Joe Biden has been reported as not being available in person to attend the Asia-Pacific Economic Cooperation (APEC) summit due to the planned wedding of his granddaughter 28-year-old Naomi Biden to her fiancé 25-year-old Peter Neal planned for November 19th on the South Lawn of the White House.

Ms Biden is a lawyer as is her future husband. She is also the eldest daughter of the president’s controversial son Hunter Biden.

It is believed that President Biden will be represented at the summit in Bangkok by Vice President Kamala Harris although there are strong indications that efforts are being made for the US president to play a role in the summit possibly by the use of a video link or message.

Thai government is privately disappointed the US leader will not attend in person, a blow to improving US-Thai engagement and boost for China’s claims

The Thai government has invested a lot of energy and prestige in the event which was initially seen as a summit which would see 21 heads of government gathered in Bangkok from the 18th to the 19th of November.

Prime Minister Prayut Chan ocha repeatedly extended an invitation to President Biden both during his visit to Washington DC in May for the ASEAN summit and during meetings with US officials since then.

The absence of the US President will be seen as a blow to Thailand’s efforts to present the event as an endorsement of the kingdom and will not help what had been seen as closer ties between the United States and its oldest ally in Asia.

The attendance by Chinese President Xi Jinping would underline Chinese claims that it is the more consistent and local power in Asia and would be a setback for recently renewed American efforts to engage with the region including Thailand as a leading member of the ASEAN community.

Thai hopes for the event were so high that during the summer it was strongly suggested by members of the cabinet including Deputy Prime Minister Prawit Wongsuwan that the culmination of the summit would see Prime Minister Prayut Chan ocha call for the dissolution of the House of Representatives and start the countdown to Thailand’s next General Election.

The importance attached to the event in Thailand can be seen from the fact that the government has declared an official holiday in Bangkok and the adjacent provinces of Samut Prakan and Nonthaburi for the two-day event which represents a mammoth logistical and security exercise for the country’s security services who fear the event could be hijacked by political dissidents or these involved the southern insurgency.

Indeed the one key world leader in the current geopolitical tussle between the United States and western countries and more authoritarian regimes in Asia, who looks most likely to attend, at this point, is the Chinese leader Xi Jinping.

The Chinese foreign minister has signalled that he will attend the event.

President Xi is expected to be endorsed as the leader of the Communist Party in Beijing when the 20th National Congress of the all-powerful party in China convenes on Sunday 16th of October next.

Participation of Biden not ruled out at summit

At the time, a senior spokesman for the Foreign Ministry, Tanee Sangrat, also did not rule out the participation of President Biden in the summit.

‘We still are in the process of coordinating. We are trying all means to convince all of the Apec leaders to come,’ he told the Bangkok Post newspaper.

It has already been communicated to officials in Bangkok via the Thai Embassy in Washington DC that Vice President Kamala Harris will lead the US delegation next month.

The event will be attended by the newly elected President of the Philippines Ferdinand Marcos Junior and New Zealand’s Prime Minister Jacinda Ardern as well as the leaders of Singapore, Taiwan and Hong Kong.

Thai tourism emphasises its neutrality in the Ukraine war, calls for a review of payment systems