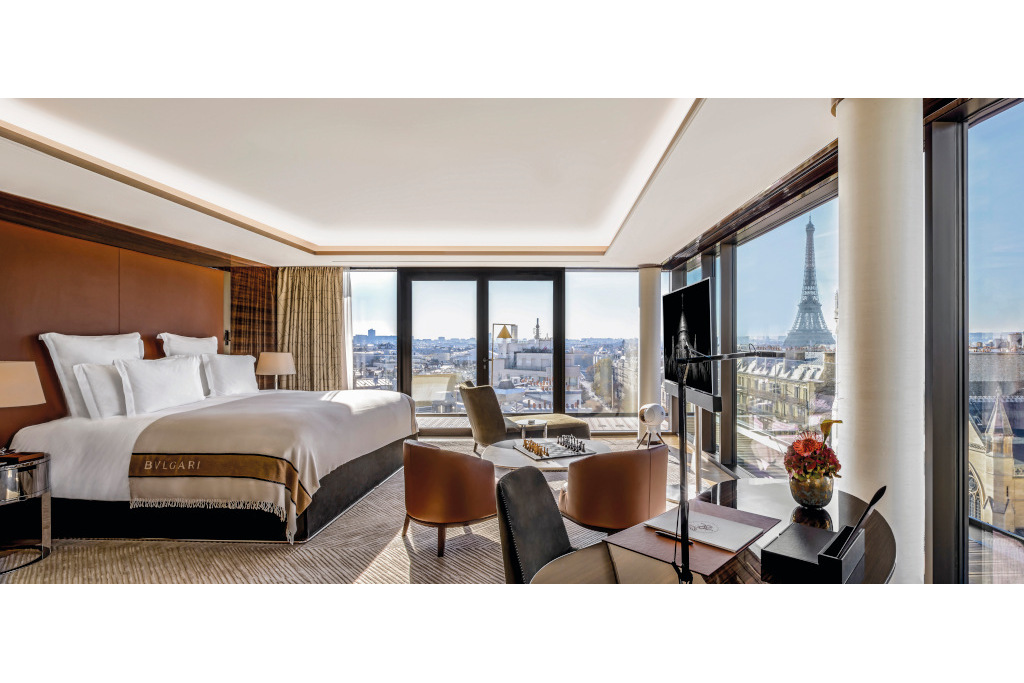 The long-awaited Parisian outpost of the Bulgari group arrived in the capital in December, making front-page news as it did. The trademark minimalism, courtesy of Italian architectural studio Antonio Citterio Patricia Viel, comes in a mix of muted, earthy colours shot through with warm tones, something the London hotel lacks. Paying homage to the undisputed excellence of Italian craftsmanship, ceramics from Gio Ponti jostle with silk carpets from Altai of Milan. Overlaying all is the Bulgari brand; expect its cashmere throw on the bed and the Serpenti motif illuminated above the bath tub. Undoubtedly the suite to book this summer will be its penthouse. Vast marble-clad interiors take up the top two floors of the hotel and open out onto almost 600sq/m of lush rooftop garden complete with lemon trees and, of course, views of the Eiffel Tower. As in all Bulgari hotels, talented Italian chef Niko Romito is in charge of the restaurant. Try the fresh spinach and ricotta tortelli with butter and sage. Worth the journey alone.

BOOK IT: Doubles from €1,400. bulgarihotels.com 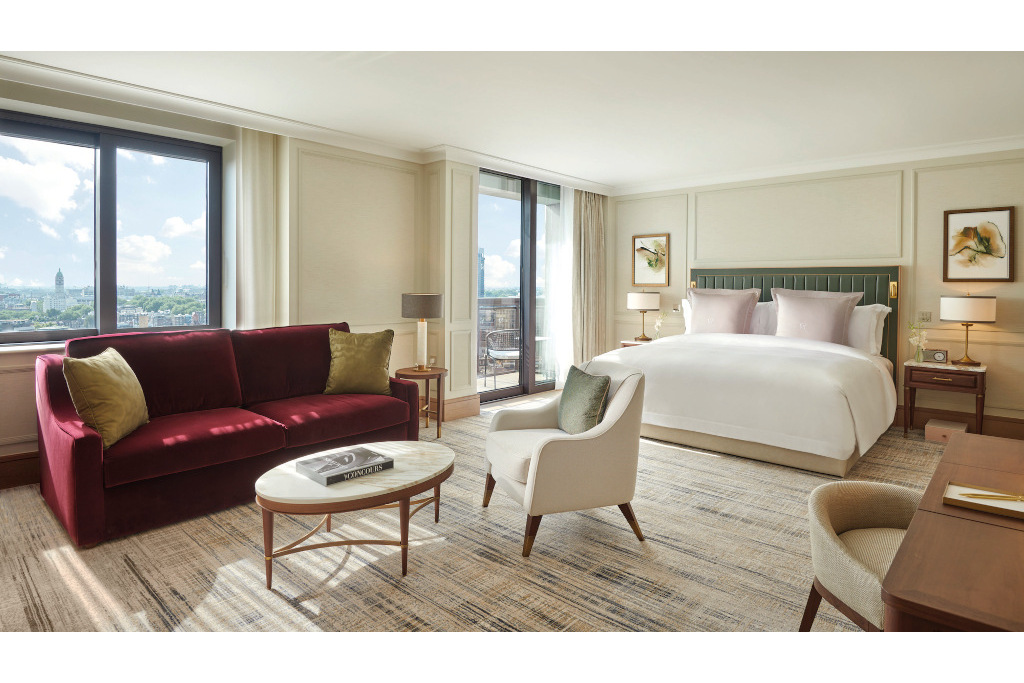 While the rest of the world hibernated from Covid, a quiet transformation was happening in the heart of Knightsbridge. The Carlton Tower, located on Sloane Street with views over Cadogan Gardens, first opened in 1961 and became London’s first tower hotel. In 2020, it was shut for 18 months to undergo a £100m transformation into a hotel suitable for the latest generation of international travellers. Quiet luxury oozes from every pore of the new-look hotel, from the marble-lined lobby with its glittering Lasvit chandelier to the sophisticated rooms and suites designed by 1508 London. There’s a new health club and spa with London’s largest naturally lit swimming pool, where you can lounge before enjoying a massage with Aromatherapy Associates essential oils. Downstairs, there’s The Chinoiserie restaurant for all-day dining and afternoon tea, plus Al Mare, the hotel’s new destination restaurant. Italian in theme, it’s headed by Executive Chef Marco Calenzo and offers a menu of crowd-pleasing favourites like white truffle tagliarini and arancini. 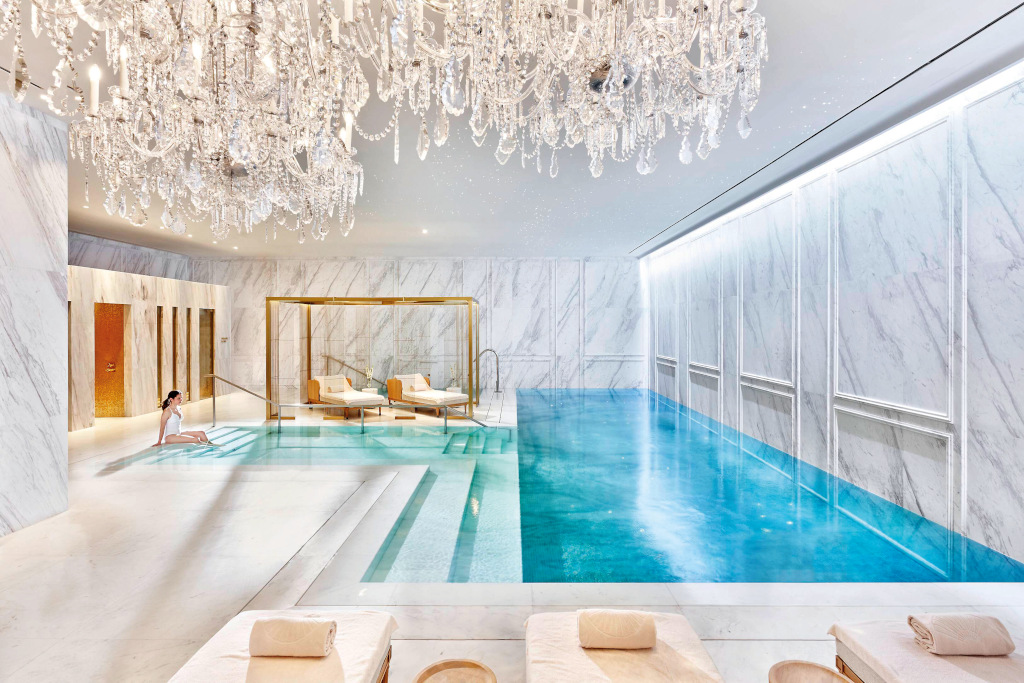 Madrid’s grande dame, the Ritz, opened by César Ritz himself in 1910, has never looked so good. Dazzlingly fresh from an impressive makeover by French design studio Gilles & Boissier it is now part of the Mandarin Oriental group, which has spared no expense in re-opening this Belle Époque jewel for the glamorous Madrileños who have long frequented it. Woven throughout the unashamedly luxurious interiors are nods to Madrid’s rich artistic heritage – the fragmented mirror in the Palm Court is a contemporary echo of Velázquez’s mirror in Las Meninas – lending to the whole a real sense of place. Food seamlessly follows suit. All restaurants are under the helm of Spanish chef Quique Dacosta, whose contemporary cuisine is best tried at gourmet restaurant Deessa. There, beneath gilded ceilings and glittering chandeliers, feast on plates of smoked eel and chilli soup or turbot in sherry sauce. Swim it all off in the city’s prettiest swimming pool, where lights in the ceiling mimic stars and constellations of the night sky.

BOOK IT: Doubles from €600. mandarinoriental.com

The Weekender: 48 Hours in Madrid 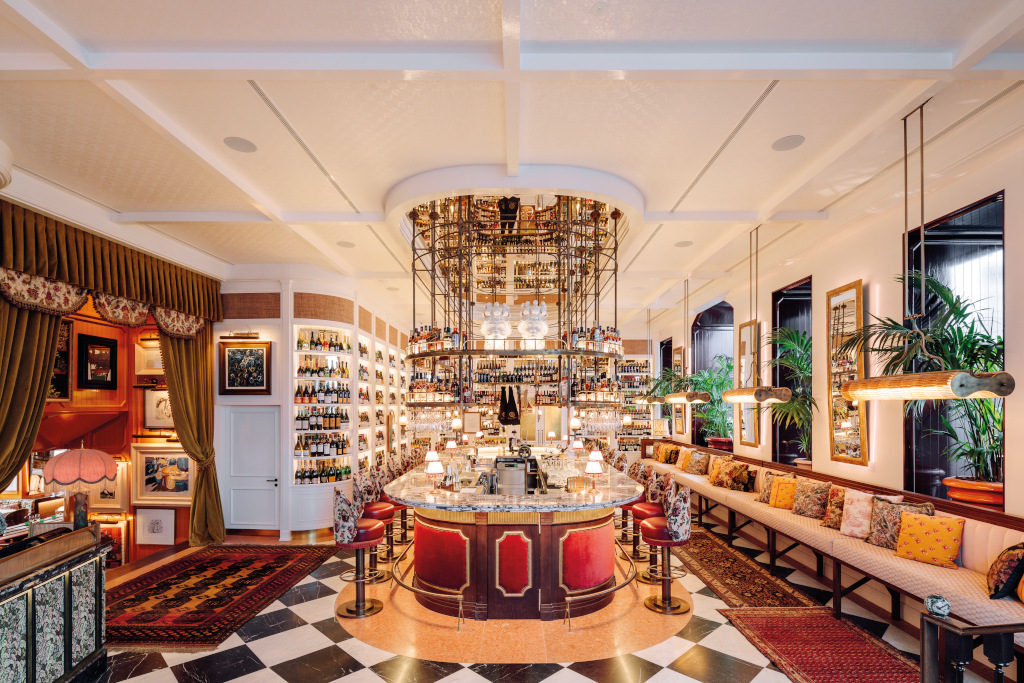 Named after the 19th-century Portuguese explorer, Roberto Ivens, this charming hotel sits in Lisbon’s elegant Chiado district and marks the debut of the Autograph Collection in the capital. Club-like interiors mix atmospheric dim lamps and velvet armchairs with beetles and maps, magnifying glasses and tropical plants, prints of macaws and shelves of curiosities, creating rich surroundings for visitors to explore – albeit more modest than those along Ivens’ adventures between the lakes of Zaire and the Zambezi river in Africa. The hotel’s 87 bedrooms are pared down by comparison, despite the occasional elephant head and ceiling of leafy fronds, offering tranquility alongside Jo Malone amenities and shower-only bathrooms. Three food outlets, all designed by Lázaro Rosa-Violán, are the new hot-spots in town. Rocco offers traditional Neapolitan fare (try the aubergine alla parmigiana) and a leafy terrace that will come into its own in summer. The seductive Gastro Bar with its marble counter and mirrored ceiling has regular DJ spots, while Crudo Bar offers all the bounty from the Portuguese seas.

BOOK IT: Doubles from €410. marriott.com

Weekender: What to Do in Lisbon