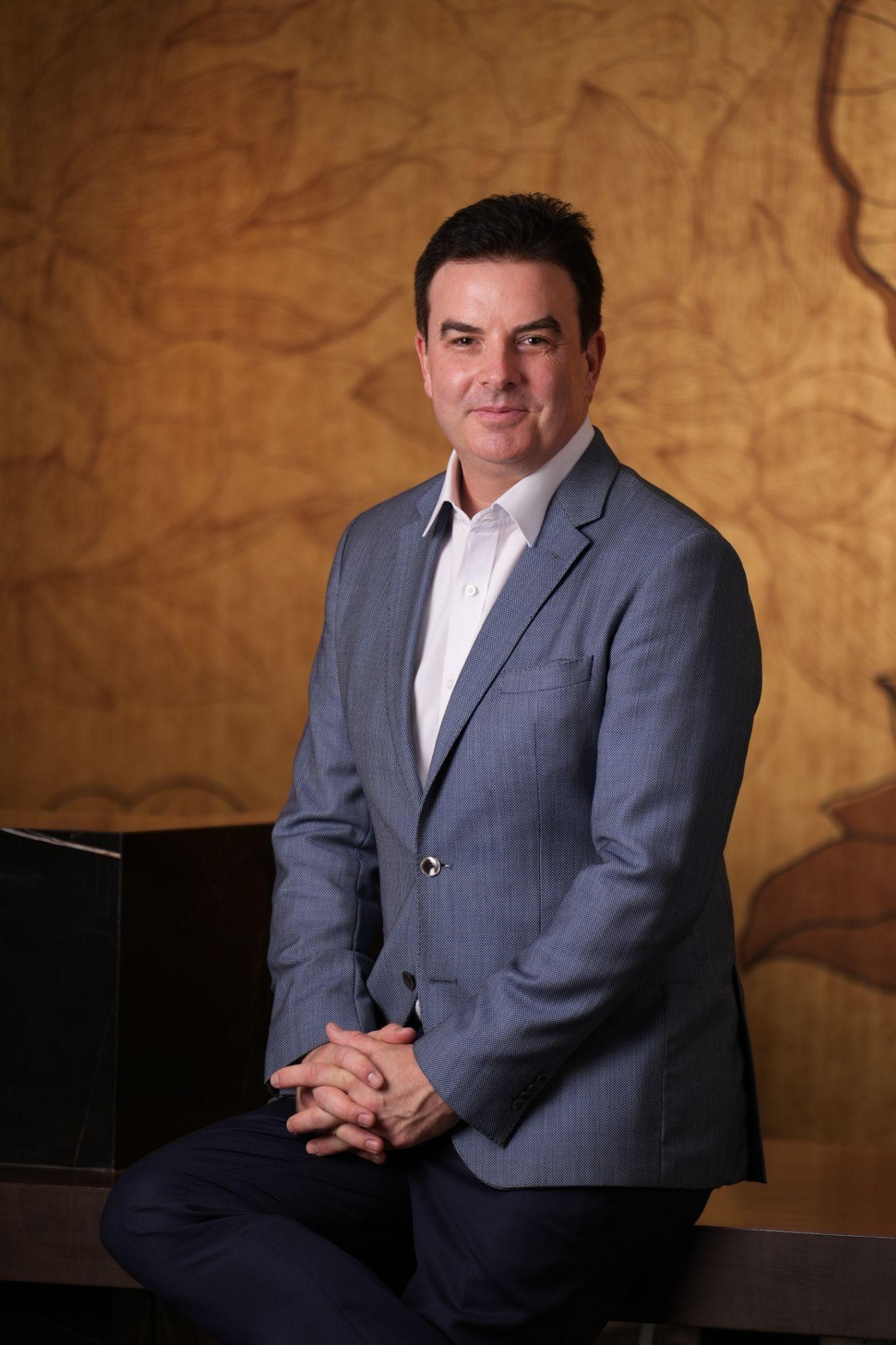 Chatrium Grand Bangkok, the inaugural edition of Chatrium Hospitality’s enhanced luxury collection, has appointed Daniel Kerr as its General Manager, as it prepares to embark on a new era of Thai heritage-inspired hospitality from November 2022.

A British national, Daniel has enjoyed a far reaching international career in the hospitality industry, including senior leadership roles with major companies in a wide spectrum of sectors and countries. Over the last 24 years, he has led the opening of properties all across Asia Pacific, including Starbucks Reserve Dewata in Bali, the world’s first Starbucks concept store and the largest Starbucks Reserve in the Asia Pacific.

Ever since he entered the hospitality industry in 1998, Daniel’s career has been on an upward trajectory. Having gained experience with Hyatt in Australia and Langham Hotels International in Hong Kong, Daniel has taken several progressive career steps that expanded the depth of his knowledge. Rather than remaining solely in the hotel sector, he has held directorial roles with Regus (now IWG plc), the serviced office giant, where he was responsible for business centres in over 140 locations across 16 countries, and Ovolo Hotels Group, where as Group Director of Operations he oversaw a portfolio of eight hotel properties and two serviced apartments.
Having moved to Sanctuary Retreats in Myanmar, he successfully launched an ultra-luxury river cruise ship and laid the foundations for the company’s future expansion. This paved the way for Daniel to join Scenic Luxury Cruises & Tours as Group General Manager with global responsibility for four reservation centres and 200 agents on three continents. He then successfully led the 99-suite U Paasha Seminyak, before being appointed by Starbucks, the global coffee giant, as General Manager for Indonesia, which included the launch of Starbucks Reserve Dewata in Bali.

Daniel now brings his expertise to Chatrium Grand Bangkok, the spectacular new twin-tower five-star hotel in the heart of the Thai capital. Blending Chatrium Hospitality’s timeless Thai heritage with the highest standards of hospitality, this landmark hotel will immerse guests in an ambience of grace and grandeur. Guests will be able to “Feel the Remarkable”, in line with Chatrium’s brand promise, with lavish accommodation that ranges from spacious 46sqm rooms to a spectacular 321sqm penthouse, dramatic dining destinations, a 40-metre swimming pool, the soothing spa by THANN Wellness Sanctuary, a bright kids’ club, fully-equipped fitness centre and world-class conference and banqueting facilities, including the Grand Ballroom with its striking LED wall.

“It gives me great pleasure to welcome Daniel Kerr to Chatrium Grand Bangkok. With more than two decades of hospitality experience across Asia Pacific, Daniel intuitively understands the needs of this market. What sets him apart from other executives is the depth and breadth of his experience, not only in hotels but in a wide range of related sectors. Wherever he worked, Daniel has a track record of motivating his teams and achieving results. We’re delighted to have him on board,” said Savitri Ramyarupa, Managing Director of Chatrium Hospitality.

Scheduled to welcome the world from November 2022, Chatrium Grand Bangkok is owned by City Realty, the real estate arm of the Sophonpanich family, with investment in the project totalling THB 5.5 billion (approx. USD 150 million).