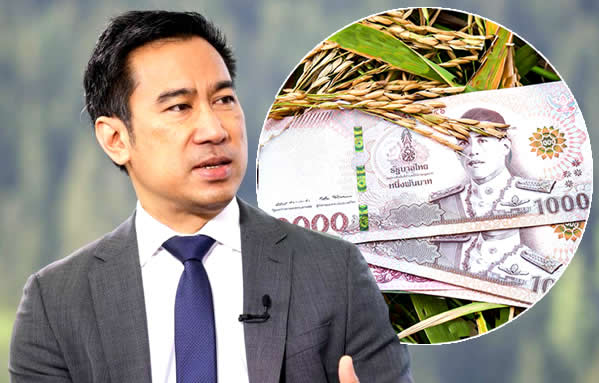 The bank is confident that Thailand’s economy will grow at not less than 3% in 2023 and has projected 3.8%. Meanwhile, a key monetary policy official has explained that the baht, while depreciating against the dollar since February 2022 and then appreciating since October, has moved within an acceptable range and that the country’s financial markets have been both strong and stable because of their underlying, robust nature and investor confidence in Thailand as a commercial centre where money can flow in and out without impediment.

As Thailand’s economic growth for the third quarter is due to be announced at 3%, the Governor of the Bank of Thailand Sethaput Suthiwartnarueput, speaking after this weekend’s successful APEC summit in Bangkok, has warned that there are two key concerns for Thailand’s recovering economy going into 2023. These were the more pronounced nature of geopolitical instability and the danger of Thai politicians indulging in ‘strange political campaigns’ in the course of the anticipated General Election due on or before May 7th 2023. Governor Sethaput is understood to have been referring to pledges by some political parties to bring in measures relating to the suspension or forgiveness of debt to certain sectors which the central banker feared could undermine investor confidence in the financial system.

The Governor of the Bank of Thailand has raised concerns about the long-term geo-political threat to Thailand’s economy such as US-Chinese tensions over Taiwan and the war in Ukraine as a key consideration for the bank going forward as it monitors and seeks to protect the country’s ongoing economic recovery driven by a rebound in domestic consumption and rising foreign tourist numbers.

Sethaput Suthiwartnarueput also raised what he called ‘strange political campaigns’ as he referred to suggestions in Thailand by some political parties that debts owed in some sectors may be suspended or partially forgiven.

It comes as Thailand is readying for a General Election campaign that may be called at any time but at the latest, at the end of March 2023 with a provisional date already set by the Election Commission of May 7th if the government runs its full term.

On Sunday, the canny leader of Thailand’s Seri Ruam Thai Party, Police General Sereepisuth Temeeyaves who consistently polls in the top ten as a potential future Thai prime minister on an anti-corruption and law and order agenda, predicted that the government of Prayut Chan ocha will serve a full term.

He said this was on the basis that he is not facing any votes of confidence and as things currently stand, he is unlikely to regain power after a General Election.

He predicted a May 2023 General Election and a new government being formed in June 2023.

‘Personally, I believe that I will stay for the full term, for the election to take place in May 2023 and until a new government is obtained, probably during June 2023,’ Police General Sereepisuth forecasted.

The ‘strange political campaigns’ referenced by the Bank of Thailand governor are linked to recent moves by some political parties including the populist Bhumjaithai Party to introduce a measure to suspend or even forgive student loan debt in Thailand while other parties are also mooting measures to address the high level of household debt, particularly in the country’s huge farming sector.

Governor Sethaput was speaking after the Asia-Pacific Economic Cooperation (APEC) summit in Bangkok as he emphasised that Thailand had shown itself capable of withstanding economic shocks but, at the same time, he warned politicians making campaign promises which may undermine the country’s financial and banking system which were at the heart of the kingdom’s economy.

The central bank boss said that such campaign promises threatened to undermine the country’s reputation for financial and banking stability which had stood it in good stead during the pandemic crisis.

He said such campaign promises ran the risk of heightening investors’ concerns related to Thailand’s political system. The top banker explained that while certain campaign pledges may be good for politics and could effectively woo voters, they would come at the expense of the country’s long-term financial stability.

Thai economy to grow by 3.3% in 2022 with 3% growth seen in the third quarter as Ministry of Finance readies fiscal stimulus boost to start in 2023

Governor Sethaput said that the Bank of Thailand, along with officials at the Ministry of Finance, was continuously monitoring the Thai economy and evaluating any potential threats.

On Wednesday, Minister of Finance Arkhom Termpittayapaisith confirmed that the government would launch its last fiscal stimulus initiative as part of its response to the pandemic in the opening months of 2023 aiming to boost the purchasing power of the most vulnerable.

At the end of this, Minister Arkhom said that Thailand would revert, like other countries, to using monetary policy to manage the economic trajectory.

Thailand’s central bank has been slow to hike interest rates this year and while a final increase of 0.25% is expected by the end of the year bringing the rate to 1.25%, it will end well below US rates at a projected 4.25% to 4.75% and also, significantly, regional peers.

There had been fears that this policy would drive the baht further down in value but since October, the Thai currency has risen spectacularly as foreign tourist numbers with the US dollar losing 6.5% of its value against the baht since October 20th.

The Bank of Thailand boss, Mr Sethaput, showed a determination this year to maintain a relatively dovish interest rate policy fearing a surge in interest rates could have killed off the economic recovery while maintaining that it had little effect on the country’s headline inflation rate which peaked in August at 8.3% while core inflation is projected to peak at the end of 2022.

This calculation may have been right as there are now signs of a spike in non-performing loans in the banking sector particularly in relation to farming due primarily to the country’s chronic problems in recent months with flooding.

The government-owned Bank for Agriculture and Agricultural Cooperatives (BAAC) is now looking at a non-performing loan rate of between 13% and 16% with ongoing fears concerning the farming sector where some borrowers, reportedly up to 3.3 million, had enjoyed, up to the start of 2022, a moratorium on principal repayments and are still in difficulty.

Similar moratoriums were offered to the small business sector up to last year with the facility extending, in some instances, for farmers up to April 2022.

The moratorium agreement specified however that interest would be paid on outstanding loans by the borrowers availing of the scheme.

This has led to calls for a new moratorium scheme extending into 2023 with a promise of higher returns for farmers next year from better food prices and improved harvests.

Prudent management by the central bank of the banking system has left it prepared. Thailand’s sovereign debt rating raised by Japanese agency to A

Across the rest of the banking sector, there have already been steep provisions for bad loans at a rate of 2.7% to 3% in addition to an increase in reserves demanded by the Bank of Thailand, in an effort to manage risk, which is one of the reasons why Thailand has come through the pandemic crisis while maintaining financial stability.

Last week, JCR, the Japan Credit Rating Agency, Ltd (JCR) raised Thailand’s Sovereign Credit Rating from A- to A and its baht-denominated bonds from Grade A to Grade A+ status in recognition of the country’s prudent financial management which dates all the way back to the lessons learned from the 1997 Asian Financial Crisis.

In recent days, Mr Piti Disyatat, an assistant governor with the Bank of Thailand who works with the Monetary Policy Group, has predicted that figures to be released on Monday, November 21st by the National Economic and Social Development Council (NESDC) will show Thailand’s GDP for the third quarter coming in at 3% compared to 2.5% for the second three months of the year and 2.2% for the opening period.

Capital markets and the financial system, throughout 2022, have functioned normally despite volatility in external markets which impacted the baht

The central bank official emphasised that while the baht depreciated from February this year up to October against the US dollar and when it then rapidly appreciated against the greenback, its movement has had relatively little impact on inflation, while capital markets have functioned normally.

Mr Piti said what we have seen in 2022 is that Thailand’s financial and economic system is a stable environment where money can flow into as a haven while also flowing out to allow investors to take advantage of other opportunities.

The key point is that there has been no speculation or unusual movement in the market that caused the bank to be concerned except for volatility caused by external financial markets reacting to significant external financial and geopolitical developments.

At the same time, the bank acutely monitors the currency and the state of the markets in real-time as part of its remit to manage and maintain financial stability.

‘The Bank of Thailand does not take it easy on the currency. Always keeping an eye on those who do not want to see the currency fluctuate a lot in accordance with the established policy. The movement of the currency in the past is still within range,’ he explained.