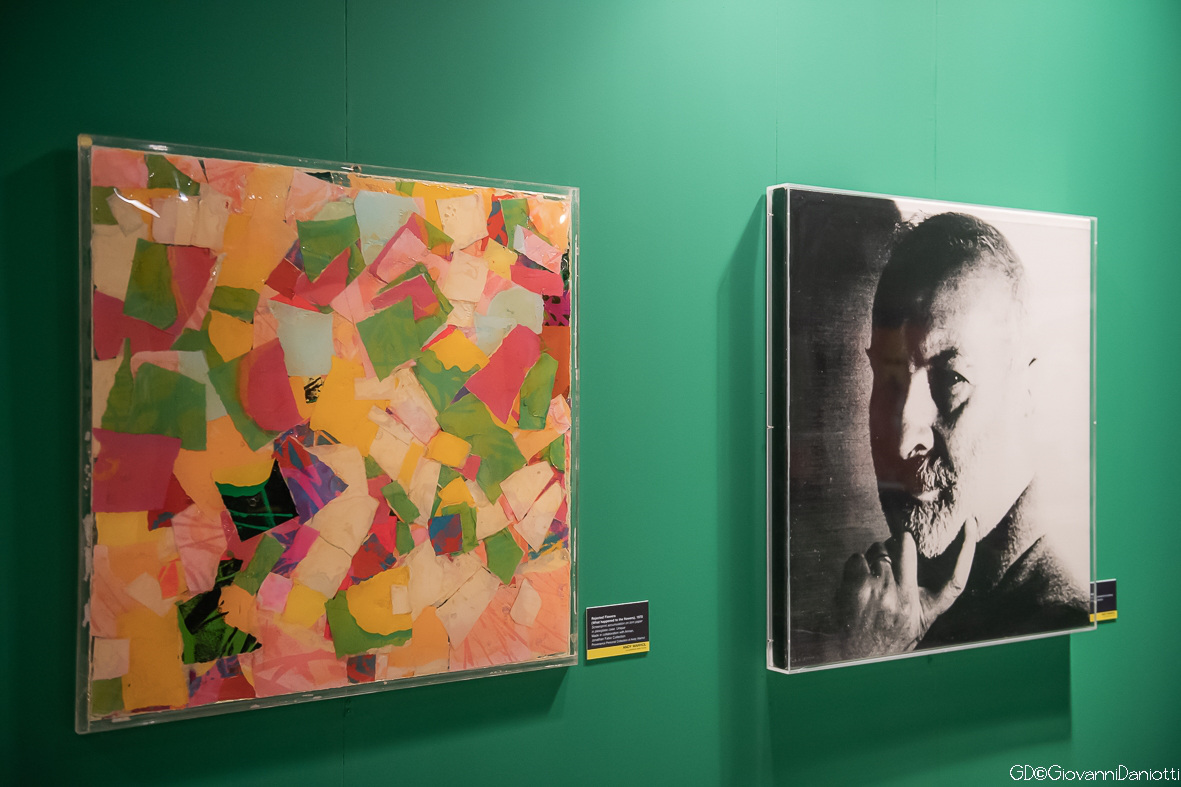 A unique exhibition on the leading figure of American pop art

Everything repeats itself. It is amazing how everyone is convinced that everything is new, while it is nothing but a repetition of itself.

With more than three hundred works of art arranged in seven thematic areas and thirteen sections – from Warhol’s beginnings in the 1950s as a commercial artist until the last decade of the 1980s, marked by his relationship with the sacred – the exhibition on Andy Warhol is really stunning. The advertising of the form is promoted and produced by the Department of Culture of the Municipality of Milan and Navigare, and it is supervised by Achille Bonito Oliva together withEdoardo Falcioni for BMW’s partner Art Motors.

The exhibition, which will be held in Milan, at the Fabbrica del Vapore, from October 22nd, 2022 to March 26th, 2023, is a journey into the artistic and human universe of one of the most innovative artists in global art history.

As pointed out by Bonito Oliva

Warhol is a sort of Raphael of the American mass society who brings to surface the inner side of the image, thus making it immediately enjoyable and ready for consumption, just like a product of everyday use. In this way, he develops an unprecedented classicism in his aesthetic transformation. The disclosure of appearances generates the epiphany – that is precisely the appearance – of the image

Manager of Art Motors, and one of the most important collectors and lenders, Eugenio Falcioni is among the major experts on Andy Warhol. After the success of the exhibition held in 2018 at the Complesso del Vittoriano in Rome, Falcioni now wants to pay tribute to Milan – his adoptive city – with an exhibition featuring more than 300 art works, most of them unique. Many are from the Andy Warhol Estate, two from Keith Haring’s and other from major private collections. “From drawings from the 1950s to the icons Liz, Jackie, Marilyn, Mao, Flowers, Mick Jagger to portraits and his personal projects such as fashion,” Falcioni says,“there are canvases, papers, silk-screen printings, cans with the popular and unique Polaroid pictures, to unique acetates which form part of the second stage of his important work.”

Born in Pittsburgh in 1928, Andrew Warhola moved to New York City after graduating in 1949, and turned his Slovak-sounding surname into Warhol. By the early 1960s, he was a successful young adman working for magazines such as The New Yorker, Vogue, and Glamour. The idea that made him famous and rich was to repeat an image over and over again, so that it would be engraved in the public’s memory. From being a popular and unique work of art, Thirty Are Better Than One (his first “Mona Lisa” repeated as many as thirty times) turned into a work of all and for all, which was capable of changing the language of advertising into art. As Falcioni states in his contribution to the catalogue, “Green Coca-Cola Bottles immediately reveals that, in Warhol’s mind, quantity prevails over subject’s originality. It is indeed by repeating the same image that he manages to put on stage the consumerism landscape in the world of art: artist’s task is no longer to create, but to reproduce.”

To do this, Warhol used a special serialization technique, as well as a system for screen-printing which facilitated the creation of works considerably reducing production time. On wide canvases, he printed the same image several times by altering its colors: by using advertising images from large commercial brands or shocking images such as traffic accidents or electric chairs, he managed to empty them of their original meaning. In his mind, art had to “consumed” like any other product.

Warhol used the silk-screen printing technique as early as 1962 to create the Campbell’s Soup Cans series, consisting of thirty-two small canvases of the same size, each showing the iconic Campbell’s soup cans, which were displayed that same year at the Ferus Gallery in Los Angeles.

He did the same with portraits of celebrities of the time: Marilyn Monroe, Mao Zedong, Che Guevara, Michael Jackson, Elvis Presley, Elizabeth Taylor, Brigitte Bardot, Marlon Brando, Liza Minnelli, Gianni and Marella Agnelli, Queens Elizabeth II of the United Kingdom, Margaret II of Denmark, Beatrix of the Netherlands, Farah Pahlavi Empress of Iran, Grace Kelly Princess of Monaco, Diana Spencer Princess of Wales. For these figures, being portrayed by Warhol was something that confirmed their social status.Gold Marilyn Monroe, which is kept at the MoMA in New York, is emblematic: one of the most fascinating women in modern American history was represented here against a gold background, exactly as if it were a fourteenth-century panel depicting the Madonna.

At first, critics rubbished works like these, as they did not understand either their uniqueness or Warhol’s desire to communicate the idea of product repetition and abundance, in line with the consumerism philosophy of the time. His work was seen as an outrage against abstract expressionism, an art movement then dominant in the US. The popular art dealer Leo Castelli himself at first did not understand the innovative genius behind Warhol’s work and yielded to Jasper Johns’ request not to admit Warhol to his team. In fact, by adhering to mass culture and bringing it into the conceptual world of figurative art, Warhol exalted the home of consumerism and all that the United States symbolized from the postwar period until the 1980s.

Once again from Falcioni’s contribution, “despite all, the real stroke of genius through which the artist promoted the 1960s as well as new forms of mass communication were the Brillo Boxes, which were sculptures that exactly copied the packaging of the Brillo soap pads sold in supermarkets. They were made by a carpenter’s shop, with the edges silk-screened by Warhol and his assistants like the original labels. It was just thanks to these works that Arthur Danto, a famous philosopher captivated by these creations, developed his conception on the philosophy of art, based upon a key question: “What is art?”. This question led him to consider these wooden boxes as true works of art, due to their ability to evoke and perfectly represent a specific historical context, i.e. the 1960s, along with their several innovations, of which the pop artist could be no doubt considered as the greatest interpreter. The event that made these works among the most famous in the entire history of art was the artist’s one-man exhibition at the Stable Gallery in New York, held in 1964: the sculptures were arranged within the exhibition space all in a row and one on top of the other, just as if it were a supermarket rather than an art gallery.”

After visiting this exhibition, Leo Castelli changed his mind, understood the relevance of Warhol’s work, and admitted him in his team.

From that moment, Warhol’s career definitely took off.
He created the popular studio called The Factory, initially located at 231 East 47th Street, where several of his assistants created his mass-produced works at a frenetic pace: paintings, movies, cover versions, sculptures, magazine covers and much more. And this is where Warhol welcomed actors, musicians, writers, the whole New York creative world, creating movies like The Velvet Underground & Nico, with the iconic LP cover drawn by him. Many other movies were made here showing repeated actions extended over time, as well as a sort of paintings projected on a white wall, and the Screen Tests, filmed portraits of people visiting the Factory who were caught in their intimacy in a single-steady frame without moving for three minutes on a black background. Some of these movies, devoted to the New York gay culture of which Warhol was a member, were censored, released by word of mouth and screened thirty years after the date of their making during the exhibitions held in different museums around the world. Furthermore, the magazine Interview was produced in the Factory, with the character of the moment displayed on each issue’s cover. Similarly, other popular covers were produced for Time and Playboy. Many other Factories were created in different parts of the city, serving as workshops of several projects which were restlessly conceived by the versatile artist.

In the meanwhile, a new generation of artists such as Basquiat, Haring, and Scharf was born. They all considered Warhol as their spiritual father: welcoming them into his circle, Warhol absorbed their dynamism and creativity. Once again, he managed to renew himself by developing the latest iconic experiments like the famous Dollar Sign, which represented the economic go-getting attitude of those years, abandoning the use of silk-screen printing and devoting himself to the pure painting through the reinterpretation in a pop key of some artistic references of the past.

The exhibition which will be held in Milan aims to document this captivating journey: from the symbolic items of mass consumerism to the portraits of the star system of the 1960s; from the Ladies & Gentlemen series of the 1970s, dedicated to drag queens, transvestites representing marginalization par excellence and considered as stars just like Marilyn was, to the 1980s, in which his relationship with the sacred prevailed: as a practicing Catholic, the sacred had actually permeated him during all his life.

Nearly the whole exhibition include unique works such as canvases, silk- screen printings, cotton and paper, as well as drawings, photographs, original records, T-shirts, the Commodore Amiga 2000 computer with its digital illustrations (the first NFTs in history), the BMW Art Car painted by Warhol along with the video of its realization, a faithful reconstruction of the first Factory, and a multimedia section with screening to be viewed with special three-dimensional goggles.

Andy Warhol died in 1987 after a gallbladder surgery. Nowadays, his icons, characters, and subjects are reproduced everywhere, all over the world, on clothes, pencils, posters, plates, and backpacks. He was a precursor of social networks and globalization of the 2000s, changing the history of art forever, and he is still highly topical and beloved by a broad audience.

The exhibition is an unmissable opportunity to enjoy his unique, bold, innovative art overflowing with ideas.