Valentino has decided to entrust his narration to only two colors, pink (and not just any pink but his pink, the Pink PP which will soon become a new Pantone) and black.

Fashion is political when it deals with humanity, with rights. In the war we are experiencing, there are economic motivations and great selfishness, but not even the shadow of humanity and human rights. For this reason, all we can do is continue to work and give aid to those who are suffering. The rest risks falling into rhetoric

Pierpaolo Piccioli’s offer that when he designed this collection three months ago he could never have imagined that the world would find itself in this terrible situation.

But it is precisely in this context that the study and value re-signification done by the creative director of Maison Valentino around the pink color takes on a further meaning and fully succeeds in the intent of “immortalizing a moment”, the suspended present we are experiencing, and deliver it to history. 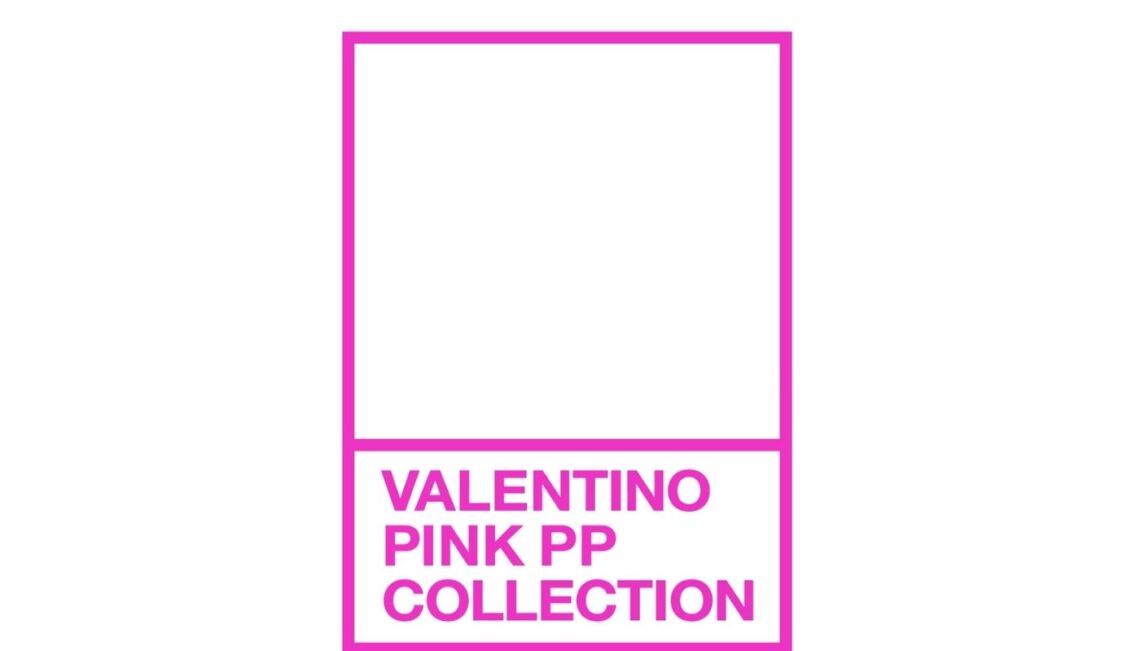 For the Valentino fashion show at Paris Fashion Week everything is tinged with Pink PP. Even the location, the Carreau Du Temple, in the heart of Paris, envelops the viewer and alters his sensory perceptions. Pierpaolo Piccioli’s voiceover reminds us that the solution is always love, a concept also punctuated by the soundtrack, the main theme of the film ‘In The Mood For Love’ by Wong Kar-wai.

The models in total pink follow one another in a loop interrupted only for a moment by the arrival of deep black. So here comes the pink again, in a sort of short circuit that pushes us to change our approach in observing the catwalk. 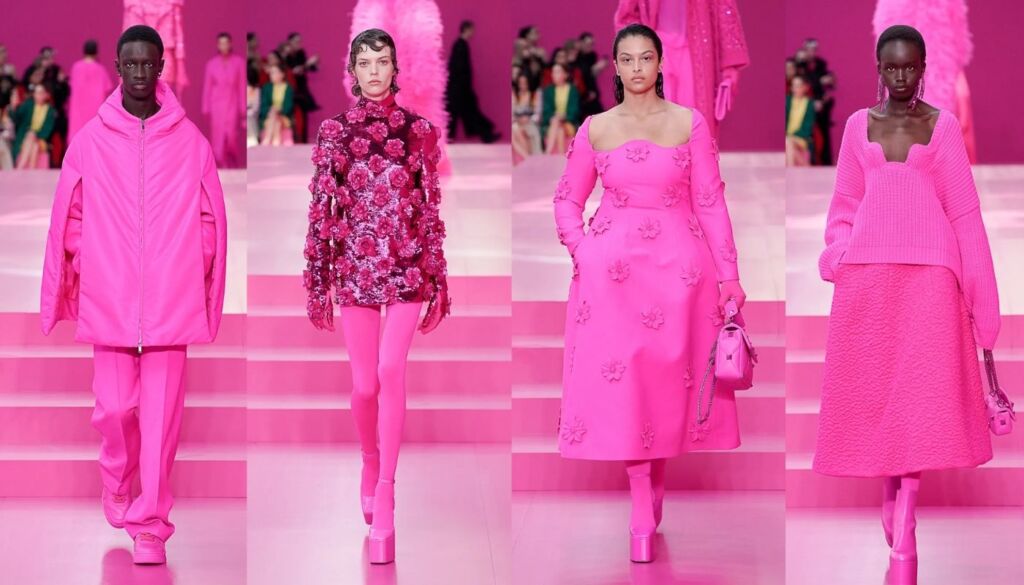 says the designer at the end of the show.

I wanted to strip this color of all those values ​​that are traditionally associated with it and refer to what is feminine, carefree and flirtatious. I wanted to consider it a color like any other, bringing the focus no longer on color to the self but on the creative work that is the basis of fashion, volumes, silhouettes, cuts and shapes. The chromatic cancellation allows the amplification of the variety of bodies, attitudes, physicalities. Using a single color changes the perception of what your brain sees and you are forced to observe surfaces, materials, details. Even the speeches on inclusiveness lose consistency in this perspective, only the authenticity of the people remains

If it is true that the image counts more than a thousand words, with this fashion show Pierpaolo Piccioli gives us his manifesto. And this pink, the color that has always characterized its collections, now becomes total and absolute: if before there was Valentino red to define the allure of the Palazzo, now there is Pink PP that takes to the streets and yes ” dirty “with life.