BRAFA will take place at the beginning of the summer, from Sunday 19th to Sunday 26th of June, 2022, at Brussels Expo. The organisers of the fair have been developing, adapting, and reinventing themselves since 1956. More than 60 years later, in an ever-changing world, Beatrix Bourdon and her team are preparing for a new challenge with great enthusiasm.

BRAFA is back in its original form after two years of alternative initiatives in support of BRAFA exhibitors. What is the general feeling today?

It’s a relief. After a second postponement of the fair, decided at the end of November, we are so happy to be able to offer an in-person BRAFA in a new venue with new dates. We realised that there was a real demand to get back to a classical fair, both from the galleries and from the collectors and partners.

Two months before the fair, how does the team feel about this preparation?

We’re experiencing this preparation as a new challenge with very positive energy. Firstly, after 19 years at Tour & Taxis, the fair is moving to Brussels Expo. It has also been moved from January to June, and therefore switched to summer mode. We are working hard to make this an exceptional edition of BRAFA. Most of our galleries have not had the opportunity to take part in a fair for more than 2 years.

Today, many of them remain loyal – despite a bottleneck of fairs in June – with some of them even taking part in two fairs at the same time, which implies efficient stock management, but also staff management. In fact, it’s a real challenge for both the fair’s organizers and the exhibitors. We would like to thank them and congratulate them. We will have to wait until 2023 for the art market to regain a certain serenity and a new rhythm.

Do you see the move to Brussels Expo after 19 years at Tour & Taxis as the start of a new story?

When we left the Palais des Beaux-Arts in Brussels for the industrial site of Tour & Taxis, it was an incredible adventure since we were real pioneers when we arrived on the site, which was relatively unknown and not developed as it is today. The first year, at the private view, the visitors were dazzled, we saw that the move was a success, and I hope this will also be the case in June 2022 when art lovers will discover the fair at Brussels Expo.

Since we knew we had to leave Tour & Taxis after the January 2022 fair, we had already made arrangements to find a suitable venue. When we visited Brussels Expo in the spring of 2021, we realised that it was entirely possible to set up the place as we dreamed it, and that this was where we wanted to settle for years to come. In addition, the venue was created specifically for exhibitions, so the whole logistics aspect is very suitable for the organisation of the fair.

Can you tell us something about the decoration that we can expect to discover at the fair in June?

I’m not going to say too much, to maintain the element of surprise. Naturally, Arne Quinze, our guest of honour, who draws his inspiration from nature, will bring his colourful universe to the fair. He will intervene with sculptures and installations. His works will also be used for some elements of the fair such as the catalogue cover, the invitations, and even the pattern of the carpet. 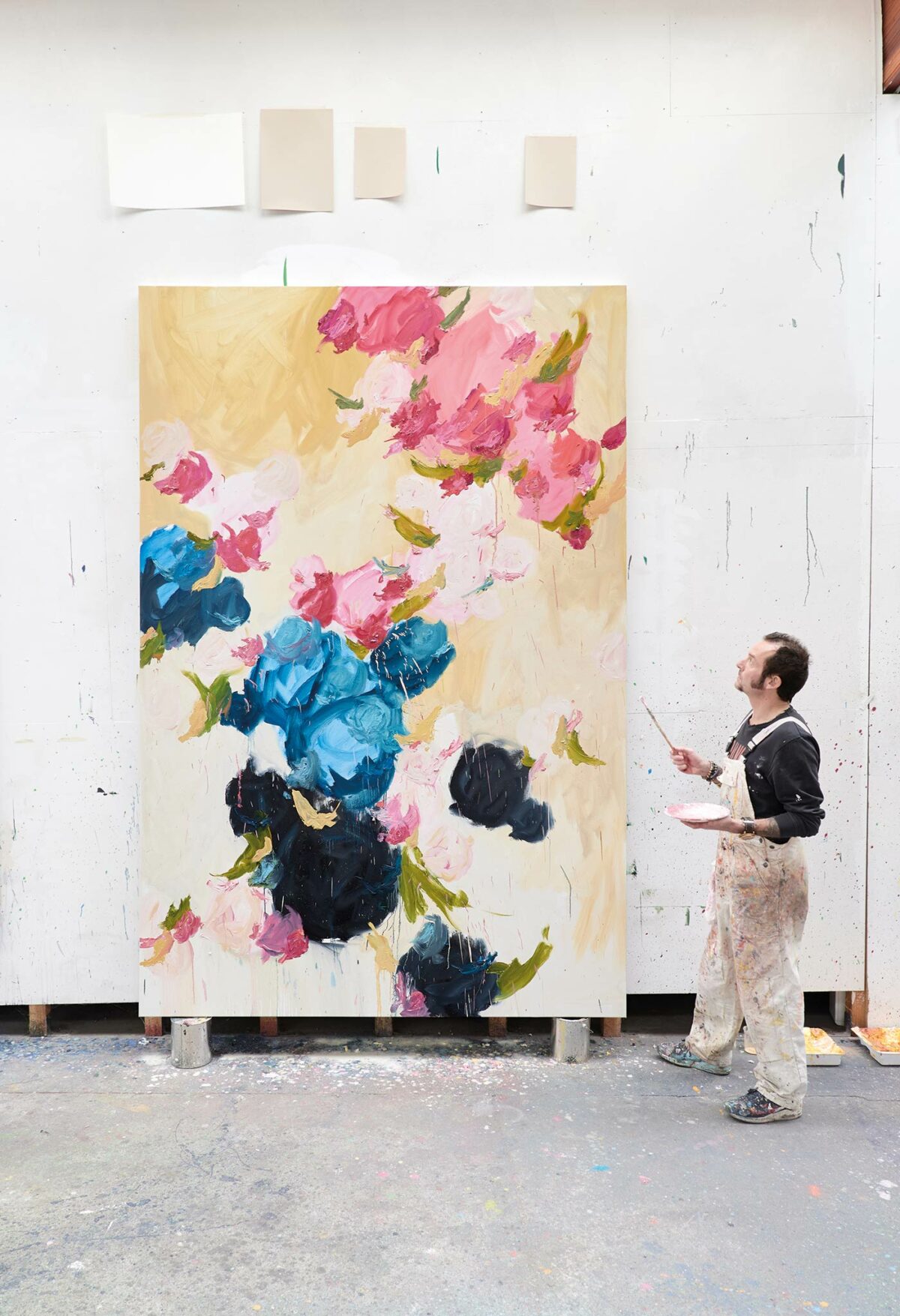 Another innovation this year is the change of season, since the fair traditionally takes place in January.

The atmosphere will be very different. In January, visitors left the fair in the dark. It was cold and snowing sometimes. This time, the days will be the longest in the year. There will be a very different kind of light. For once, it will not be a question of heating, but rather of air conditioning. Each season has its advantages and disadvantages. For collectors, as for exhibitors, it will also be an opportunity to experience Brussels differently, in the mild and sunny days of June.

There are already several fairs lined up for the month of June this year. Do you see this as a concern or an opportunity?

It will all depend on the international situation at the time, but I am sure that many collectors will take advantage of it to combine visits to several fairs. Some will go to Art Basel and then visit BRAFA. Since TEFAF starts at the end of BRAFA, a significant number of visitors might do both fairs. So it can be seen as an opportunity. We will see whether we will go back to January next year, given that all the fairs will have to reposition themselves in the calendar.

The art world is undergoing major changes. Between the changes in scheduling due to postponements, the fairs that are being exported and those that are merging together, how does BRAFA see its future?

We have always tried to evolve. Twenty years ago, there was no contemporary art at the fair, no tribal art or comics. We have always been attentive to market developments, whilst keeping our feet on the ground. By being too fashionable or too focused on trends, there is a risk of becoming old- fashioned very quickly too. The June edition will be the 67th BRAFA fair, which proves that we have made the right choices. The rotation of BRAFA exhibitors is generally quite low, there is a great loyalty that is particularly due to the organisation. Obviously, this year is a bit special, which has also been an opportunity to accept applications from new galleries and to galvanise the list of participants.

The new floor plan of Brussels Expo includes 115 exhibitors, of which 17 are new galleries. It was important for BRAFA to make its comeback with an edition of this size, and not be too greedy, to see which evolution we will follow in years to come. When we left the Palais des Beaux-Arts in Brussels, we had 50 galleries, which increased to 80 at Tour & Taxis, before continuing to develop from there. It’s all about adaptation.

The most important thing is to preserve the values of the fair: the quality and authenticity of the artworks, the diversity of styles and eras, an elegant and refined atmosphere, and of course, an impeccable organisation.

The post Interview with Beatrix Bourdon, the Managing Director of BRAFA appeared first on Excellence Magazine.