See the five tiniest and sweetest of churches in the UK with an extract from Dixe Wills’ book Tiny Churches.

Tiny Churches To Check Out 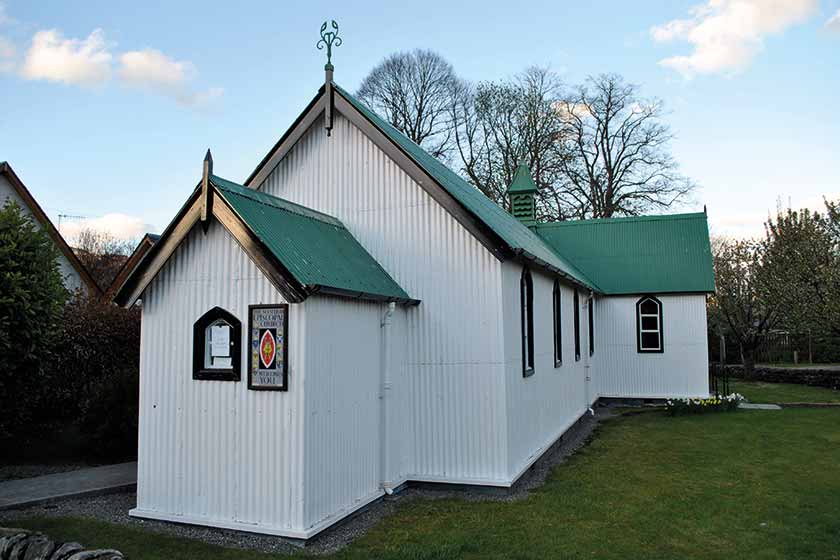 Built in 1876 by the 7th Earl of Breadalbane as a chapel of ease for his shooting parties (spawning its nickname ‘The Grouse Chapel’), St Fillan’s can lay claim not only to being one of Scotland’s most beautifully preserved examples but also to being the oldest of the survivors. An example of a ‘tin tabernacle’ – a ecclesiastical building made from corrugated galvanised iron, popular in the Victorian era.

Harbingers of the mass-produced, pre-fabricated and flat-packed world we inhabit today, they were once viewed as a godsend by vicars in rapidly expanding industrial areas whose churches were full to bursting, and by non-conformists in need of cheap premises outside the control of the state. Only around 60 of the myriad tin tabernacles erected in Scotland in the 19th and early 20th centuries have made it into the 21st. 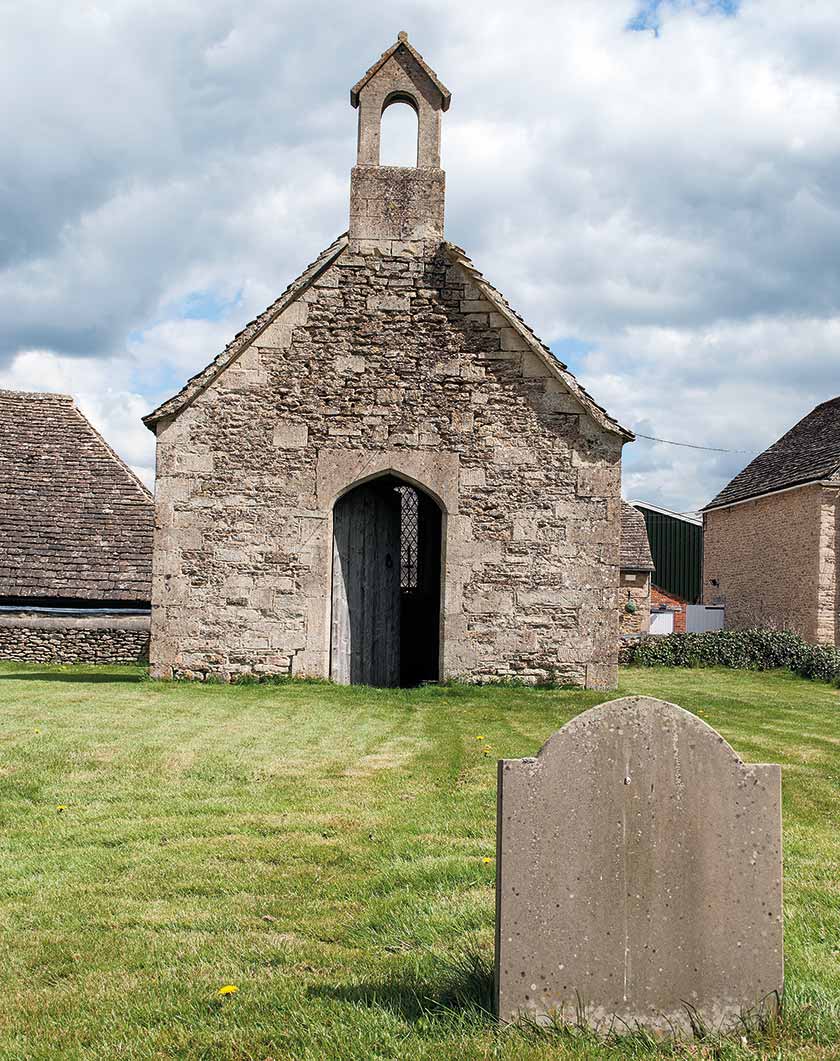 There is a certain trainspotteresque thrill in spending time in what is Britain’s smallest active church. Active, in this case, is perhaps overstating things a little – there’s just a single service a year – meaning that the smallest properly active church is St Trillo’s Chapel in Rhos-on-Sea. However, there’s no denying its smallness: the church is just 13ft by 11ft and is topped by a low gabled roof. As others before have observed, the building bears an uncanny resemblance to a house from the board game Monopoly. Understandably, the 50 or so people who turn up for the annual service on Rogation Sunday are obliged to spend it seated on the handkerchief-sized patch of grass in front of the church, whatever the weather. 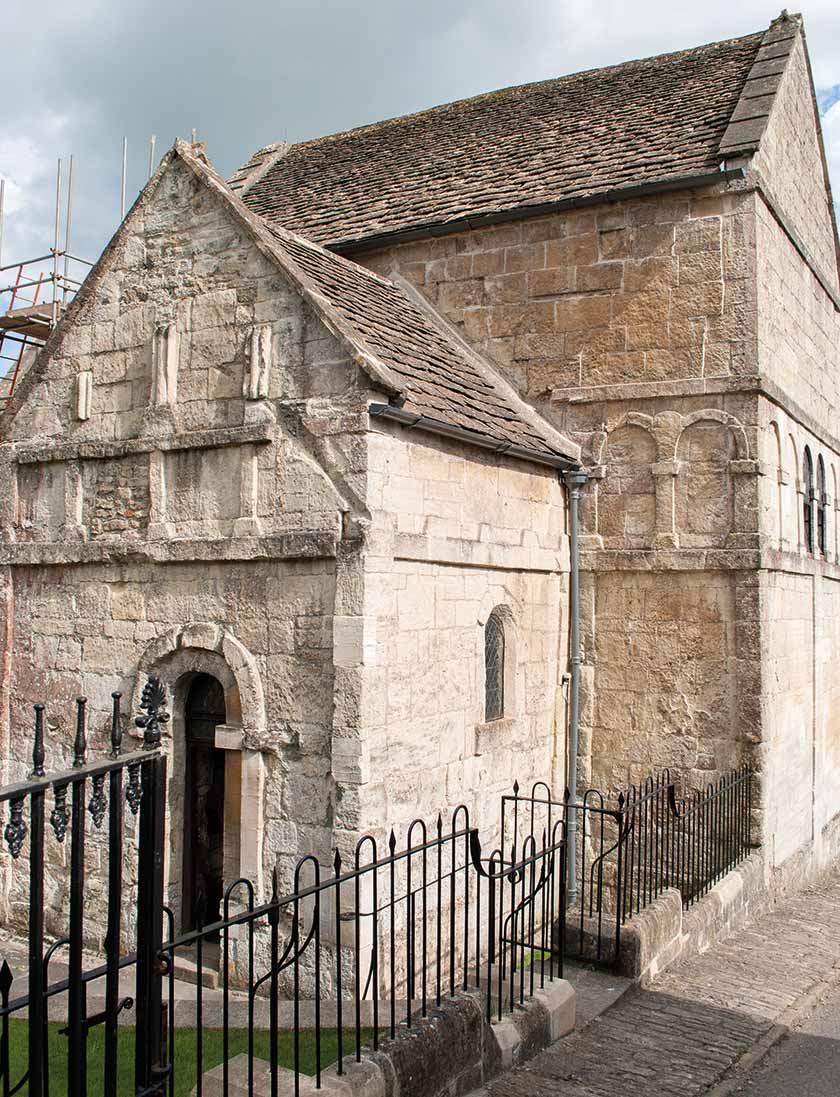 There’s many a church that has disappeared because it has simply crumbled away or been demolished. By contrast, there are very few that stay right where they are yet contrive to go missing for hundreds of years, in the middle of a town. But that’s exactly what happened to the church of St Laurence. Thought to be built in the eighth century, in 1715 it was being used as a school and with other buildings crowding it, the fact that this was ever a church was simply forgotten and St Laurence’s disappeared… When two Saxon carved angels were found during building repairs in 1857, local vicar, Canon Jones, set about investigating. Climbing up the slope above Holy Trinity, Jones looked down on the jumble of roofs below and made out the shape of a church and St Laurence’s was rediscovered. 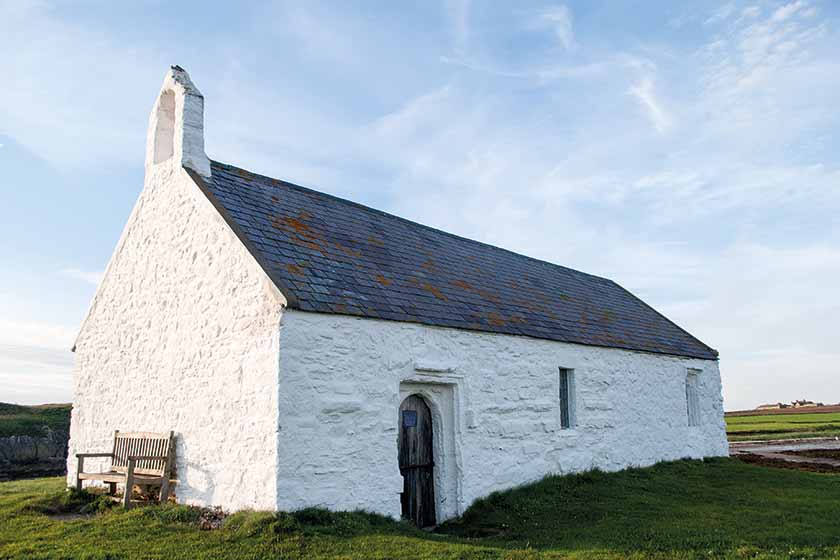 Gazing down from the country lane that winds its way from the Anglesey village of Aberffraw to Porth Cwyfan, the viewer is distracted from the marvellous spectacle of the Irish Sea and its Snowdonian backdrop by what looks a most improbable sight. A very short distance from the coast lies a minute oval-shaped isle with smooth vertical sides as if a cook had run a spatula around it to tidy it up. On top, in a puddle of green, sits a little church, looking for all the world like an oversized cake decoration.

Although the church’s 0.3-acre island is officially named Cribinau, locally it is known as Llangwyfan or Eglwys Cwyfan (both mean ‘Cwyfan’s Church’), or the mellifluous Eglwys yn y Môr Cwyfan Sant (‘St Cwyfan’s Church in the Sea’). It is built of sandstone grit and schist and is only accessible at low tide across a belt of rocks that have been stripped of seaweed. A set of stone steps takes the visitor up the 20ft to the church and its tiny churchyard. 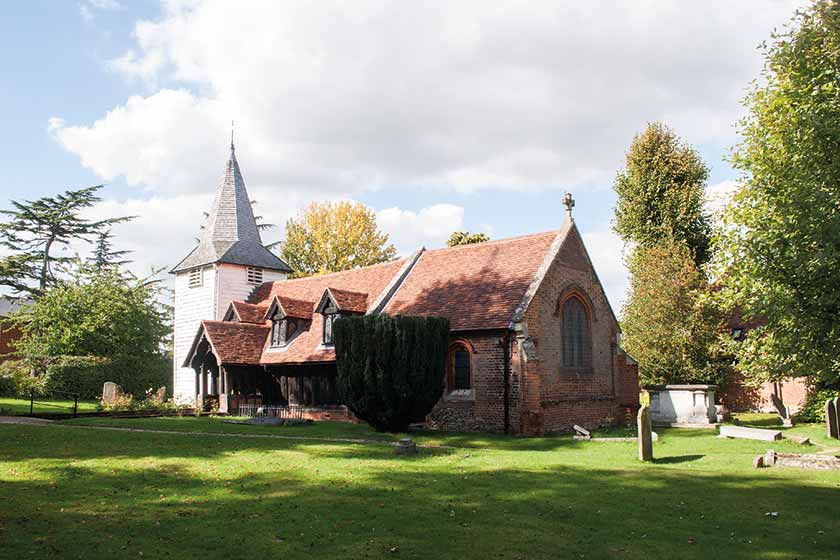 If you ever needed proof that Britain has an embarrassment of riches when it comes to ancient buildings, you need look no further than this self-effacing corner of Essex. Here, without fanfare, and barely even signposted, stands the world’s oldest wooden church. It also happens to be the oldest timber structure in Europe still standing. That didn’t stop the Normans, Tudors and (inevitably) Victorians messing about with it but at least we can be thankful that none of them decided to burn it to the ground and start again.

The post 5 of the tiniest churches in the UK appeared first on Country and Town House.